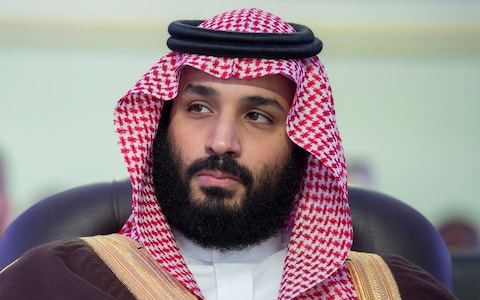 Saudi Crown Prince has reportedly told a Jewish gathering in the US that Palestinians have to accept US-prepared peace deal with Israel, which does not include Jerusalem or shut up.

According to Israeli media Channel 10, which refers to a diplomatic cable, Crown Prince Mohamed bin Salman made the statement at a closed meeting with heads of the Jewish organizations in the US on March 27, during his recent US tour.

The Crown Prince has criticized the Palestinian leadership for having squandered multiple peace initiatives with Israel, Channel 10 said, noting that the cable was sent to the Israeli foreign ministry by Israel’s consulate in New York.

Comments by American and Israeli sources revealed that the Saudi royal said that Palestinians have no other option than accepting President Trump’s so-called deal of century purporting to end the decades-long conflict.

“In the last several decades, the Palestinian leadership has missed one opportunity after the other and rejected all the peace proposals it was given. It is about time the Palestinians take the proposals and agree to come to the negotiations table or shut up and stop complaining,” the Crown Prince reportedly said.

President Trump has claimed his administration will come up with the “deal of the century” that will sort out the Palestinian-Israeli conflict. The deal in preparation has taken off the table Jerusalem, which the US leader has recognized as Israel’s capital. Palestine wants to make Eastern side of the old city, the capital of their future state.
The Saudi Crown Prince also told the Israeli gathering that the kingdom no longer makes the Palestinian cause its top foreign priority, Channel 10 said, adding that MbS’s remarks caused people to “literally fall off their chairs”.

The meeting was deemed a landmark sign of warming of ties between the kingdom and the Jewish state, which do not have any diplomatic relations.

Earlier accounts had reported that high profile secret meetings were held between the two countries and that Riyadh and Tel Aviv have been working closely in countering Iran; their alleged common enemy.