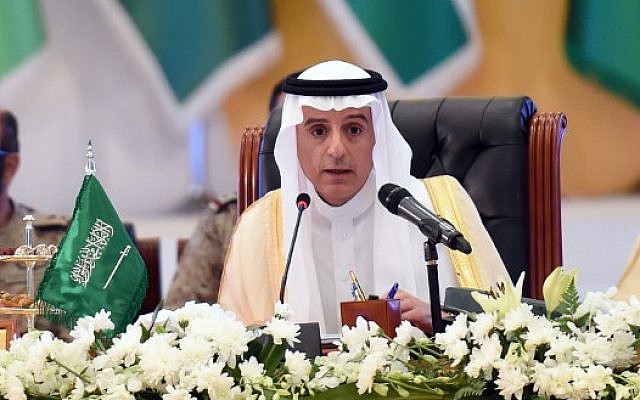 Riyadh Tuesday opened the lid over its covert plan to invade its neighbor Qatar with Foreign Minister Adel al-Jubeir suggesting that the tiny Gulf country would collapse unless it funds the replacement of US forces in Northern Syria.

Al-Jubeir, in a statement relayed by local media, stressed that Qatar should pay for US forces presence in Syria. The top diplomat noted that Qatar would better send troops “before the American President cancels American protection of Qatar, which hosts a (US) military base on its lands”.

The Qatari regime would collapse in a matter of one week, should the US cancel its protection, al-Jubeir added.

President Trump promised earlier this month that the some 2,000 US troops in Syria helping in the fight against ISIS could be withdrawn, now that the threat of the militant group had been diminished.

After military commanders and Pentagon officials harshly criticized his plan, President Trump suggested Arab countries could play a role in securing the peace in northern Syria.

“We have asked our partners to take greater responsibility for securing their home region, including contributing large amounts of money for the resources, equipment, and all of the anti-ISIS effort,” Trump said.

President Trump indicated should the US Middle East allies increase their contribution; Iran will not take advantage of the region with the gradual collapse of ISIS.

He was referring to Saudi Arabia, the United Arab Emirates, Qatar, Egypt, and other countries of the region.

Qatar has been facing regional isolation since June after Saudi Arabia, United Arab Emirates (UAE), Bahrain and Egypt cut off sea, air and ground links with the tiny gas-rich country, claiming it supports terrorism around the world.

The boycotting countries contemplated invading the country and asked the US to withdraw from al-Udeid military base in Qatar. The base hosting over 10,000 US forces is used by the US-led coalition in the fight against ISIS in the region.