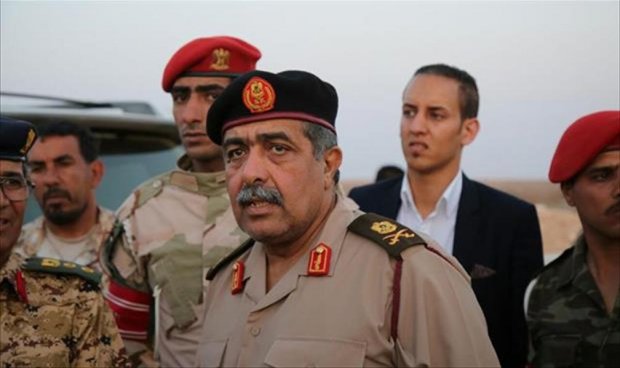 Chief of Staff of Libya’s so-called Libya National Army (LNA) has escaped an assassination attempt which targeted his motorcade in the city of Benghazi Wednesday.

The failed attempt took place at the entrance of the country’s second city. A roadside bomb exploded after Abdelrazik Al-Nadori and his bodyguards passed through Si Khalifa checkpoint in the east of the city.

The blast slain one civilian and injured another one, the LNA told AFP but local media, Libya Express, citing witnesses notes that two of Al-Nadori’s bodyguards were injured.

The incident took place as the east-based army’s top commander Khalifa Haftar is in Paris for medical treatment after he suffered last week a heart attack that caused a cerebral bleed that put him into a coma.

The LNA attempted to suppress news regarding the illness of Khalifa Hafter and the seriousness of his condition. Rumors of his death even emerged last week but French foreign minister Hubert Le Drian debunked the rumors. The top French diplomat reportedly told a close French cabinet meeting that Haftar was responding well to treatment and that he is in good conditions.

Hafter’s illness has led to much speculation about the seriousness of his illness and his ability to return to his position with full powers and influence. There has also been speculation about his possible replacement – with his sons and Nazhuri being among the possible candidates.

The LNA controls vast chunk of the Libyan territory including the eastern part of the oil-rich North African country.