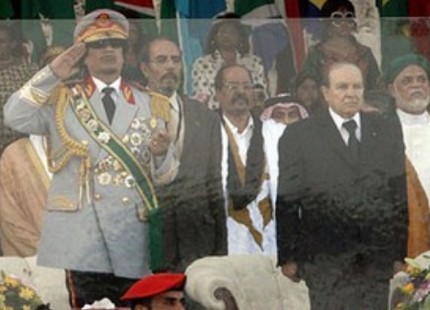 Algerian authorities have always denied being involved in the Sahara issue, claiming that this conflict is between the Polisario separatist group and neighboring Morocco.
Yet, the latest crash of an Algerian military plane, killing 257 soldiers including 30 Polisario fighters, showed to the whole world the lies of Algiers which shelters, funds and provides weapons to the secessionist militias, enemies of Morocco’s territorial integrity.
The presence of Polisario armed elements embedded with Algerian soldiers in the crashed military aircraft was announced by Secretary General of the ruling FLN party Djamel Ould Abbes. The plane was heading to Tindouf in southern Algeria wherein the secessionists are sequestering Sahrawis with the support of Algerian army.
Ould Abbes was severely criticized by Algerian authorities for disclosing such as a secret in statements to local TV channel Ennahar.

Everybody knows that Algiers is an involved party in the Sahara issue and plays a dirty game behind the scenes. With the plane crash, Algeria was caught red-handed.
With the compelling evidences of their connivance and machination against their rival neighbor, the Algerian authorities should come out of the shadow and sit at the negotiating table with Morocco to work out a solution to the Sahara issue.
Convinced of the involvement of Algeria in this regional conflict, UN Secretary-General has urged, in his latest report to the Security Council, Algeria to “make important contributions to the political process” and to step up “its commitment to the negotiation process”.
In his annual report on the Sahara, the UN chief Antonio Guterres said that in the era of global interdependence, “the socio-economic, humanitarian and security consequences of this protracted conflict weigh heavily on regional and sub-regional integration”.
The report also recalls the stand of Morocco, which rejects any settlement of the Sahara issue outside its full sovereignty, puts on the table a “serious & credible” autonomy plan for its Southern provinces and calls on the parties to this regional conflict to fully assume their responsibility for reaching a solution.