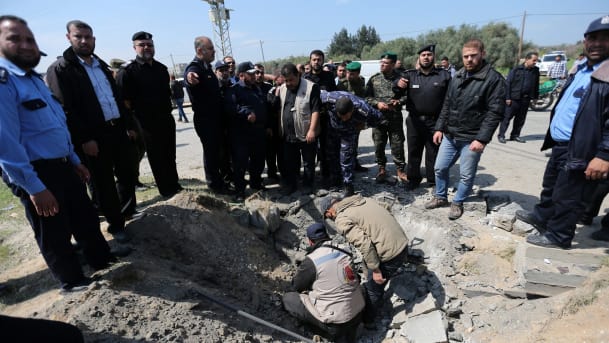 Hamas Wednesday finger-pointed 25-year old Anas Abu Koussa as the lead suspect in the roadside bomb attack, which was directed at the Prime Minister.

Rami Hamdallah from the West Bank-based PA narrowly escaped assassination when a bomb exploded few minutes after his convoy crossed from Israel into Gaza, on his way to an inauguration ceremony.

Seven people including six of Hamdallah’s security personnel were injured in the attack by the impacts of shrapnel. Hamas also informed the PA that two 15 kilogram-bombs were planted and that one failed to explode.

Hamas investigation committee also reported that Koussa has been at large. Three people, including members of the intelligence service answering to the PA, had been arrested in the investigations.

The Islamist movement pushed back accusations from PA leader Mohamoud Abbas who blamed the attack on Hamas as it controls the strip.

The attack incident has dealt a blow to the reconciliation efforts initiated in October.