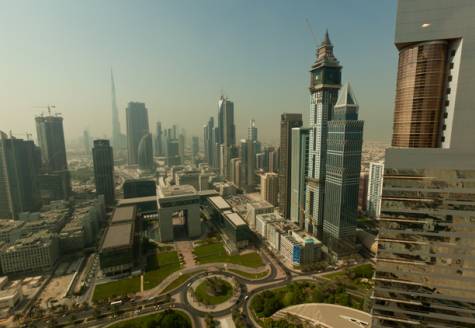 The Emirati city of Dubai has topped US-based consulting firm Mercer’s survey for Quality of Life in the Middle East as it ranks 74th globally over 231 cities studied.

Mercer is a top global human resource agency and is consulted by multinational companies in the placement of staff on international assignment.

The 2018 survey still makes Dubai for the sixth time, in a row, the leading city in the region.

For Rob Thissen, senior associate at Mercer in Dubai with responsibility for Global Mobility Services, Dubai continues to maintain its ranking thanks to authorities’ considerable desire to work “on furthering its infrastructure, safety, security and health facilities, to enhance the quality of living for those who choose to live and work here.”

The city also tops the Sanitation factor added this year by the firm.

The cities of Muscat, Manama and Kuwait are the other Gulf region cities appearing in the top 100.

The cities of Damascus, Sanaa and Baghdad, ranked respectively 225th, 229th and 231st, are considered worst cities for quality of living.

Port Louis of the Mauritius, ranking 83rd, is the leading African city in the survey. South Africa on the other is the leading country in the continent with three cities in the top 100. Its cities of Durban, Cape Town and Johannesburg occupy respectively 89th, 94th and 95th slots.

In North Africa, Tunis is the best city with its 114th position.