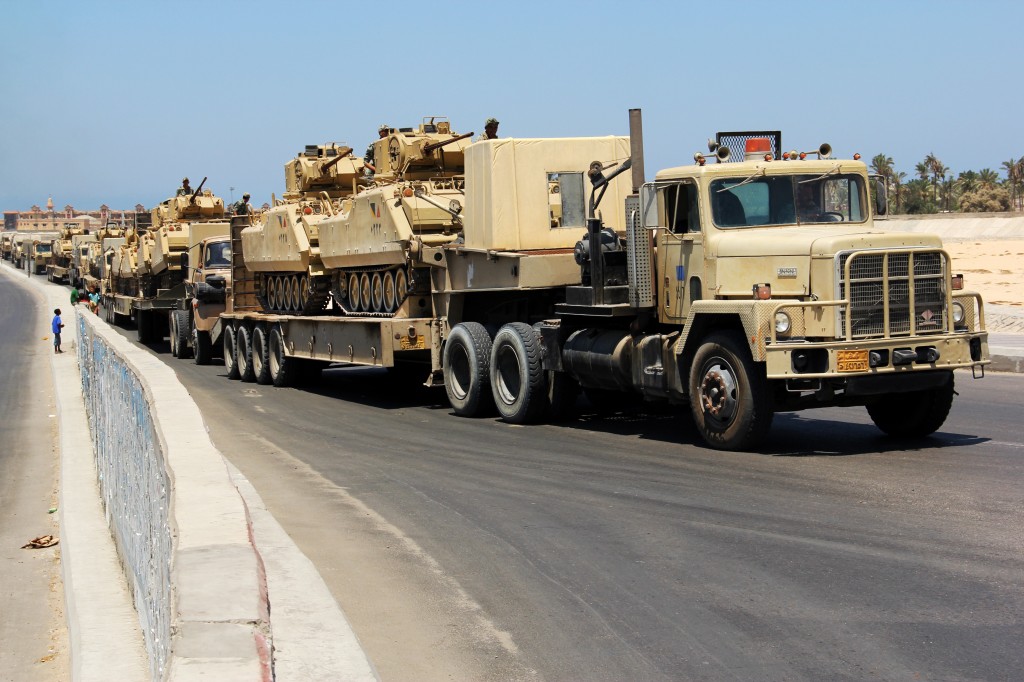 The Egyptian army claimed it neutralized over 100 jihadists in its vast operation in the Sinai seeking to flash out members of the local Islamic State group (IS).

Launched early February, the operation led to the killing of approximately 130 IS militants, the army indicated in a video clip.

The clip describes the army’s alleged capture of militants, raids on hideouts and airstrikes against targets. The account could not be verified because the army banned covering of the operation.

The video released Sunday also alleges the army’s seizure of weapons, missiles and explosive material, including “books that assert the takfiri ideology”.

Sixteen ‘highly dangerous’ militants were reportedly killed over the past four days in shootouts while three key leaders of the terror group were also arrested.

Sixteen army personnel have been killed since the beginning of the operation that mobilized security forces and medical personnel.

President AbdelFattah al-Sisi in December gave the army three months to overcome the militant group after it was blamed for the massacre of over 300 people in November, in a mosque.

The Egyptian leader also allowed the military to use brute force.