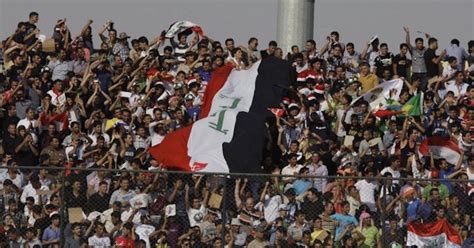 The Iraqi Sports and Youth Minister has called on the world football governing body FIFA to remove decades-long ban on hosting international matches, noting that Baghdad has met up conditions as the national team is set to play Saudi Arabia late this month.

Iraq has been under FIFA ban since former President Saddam Hussein’s invasion of neighboring Kuwait in 1990. The ban on international matches forced the Iraqi team to play its matches outside the country. Local matches have not been targeted.

The ban has remained in place due to security concerns following the US invasion in 2003 and the Islamic State group’s presence in the country until December last year.

FIFA, following Baghdad’s victory over the terror group, has relaxed the ban, allowing the Middle East country to host friendlies and Gulf matches in certain cities namely Erbil, the southern port city of Basra and the shrine city of Karbala.

As the country prepares to host Saudi Arabia February 28 for a friendly, Sports Minister Abdulhussein Abttan told AFP that the tie; the first ever between the two countries over four decades should constitute a key evidence for FIFA to lift the ban.

“Politics is present in every domain, and Saudi Arabia has major political weight,” he added in the interview with AFP.

“The presence of the Saudi team in Iraq means a lot to us.”

The Iraqi official also argued that they have banned the presence in stadium of weapons as demanded by FIFA.

It is common to see fans currying guns into stadiums in Iraq. In January, a supporter of a local team opened fire on the bus of the opposing club, fortunately nobody was wounded in the incident, The New Arab reports.

The military top officials also are renowned for entering stadiums with their weapons and military vehicles. Abttan vowed that such behaviors will not be replicated again.

“…In coordination with the interior ministry, we put an end to this situation, which was in total contradiction with FIFA rules.”