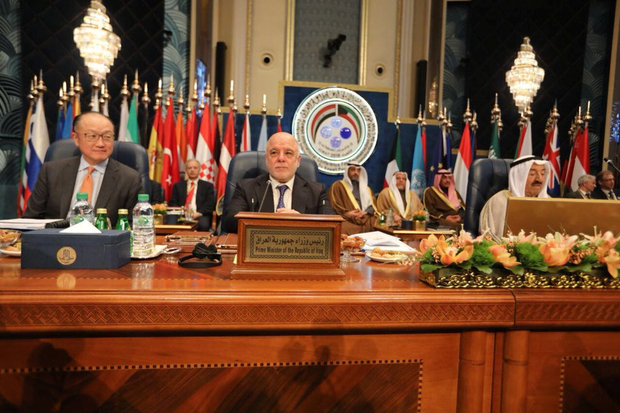 Pledges by donors at the Iraq reconstruction conference held in Kuwait this week have failed to meet up the government’s close to $90-billion budget needed to rebuild the country in the aftermath of victory over the Islamic State group (IS).

Turkey appeared as the largest contributor. Ankara pledged $5 billion in the form of credit line and investment in Iraq.

Saudi Arabia, which has just begun thawing ties with its neighbor following decades of suspicion and apprehension, pledged $1 billion earmarked for project investment. The kingdom would also give $500 million to support Iraqi exports.

Conference host, Kuwait according to its ruler, Emir Sheikh Sabah al-Ahmad al-Jaber al-Sabah, will give Iraq $1 billion in loans and will commit to another $1bn as investments.

Australia pledged $18 million as a contribution to the reconstruction program having as main focus housing.

“The widespread destruction of people’s homes, hospitals, schools and other critical infrastructure is a significant barrier to Iraqis returning home and resuming their lives” said the Australian foreign minister Julie Bishop.

According to the Iraqi ministry of planning estimates, nearly $90 billion are needed to implement the reconstruction program that seeks to give life to devastated cities and areas in the three-year fight against IS, which took control of most Sunni majority cities in 2014. Of the $90 million, $22 billion were required immediately.

In total, according to the host country, $30 billion were pledged on the final day of the conference, which was attended by 76 countries, numerous international funds and organizations and hundreds of investors.