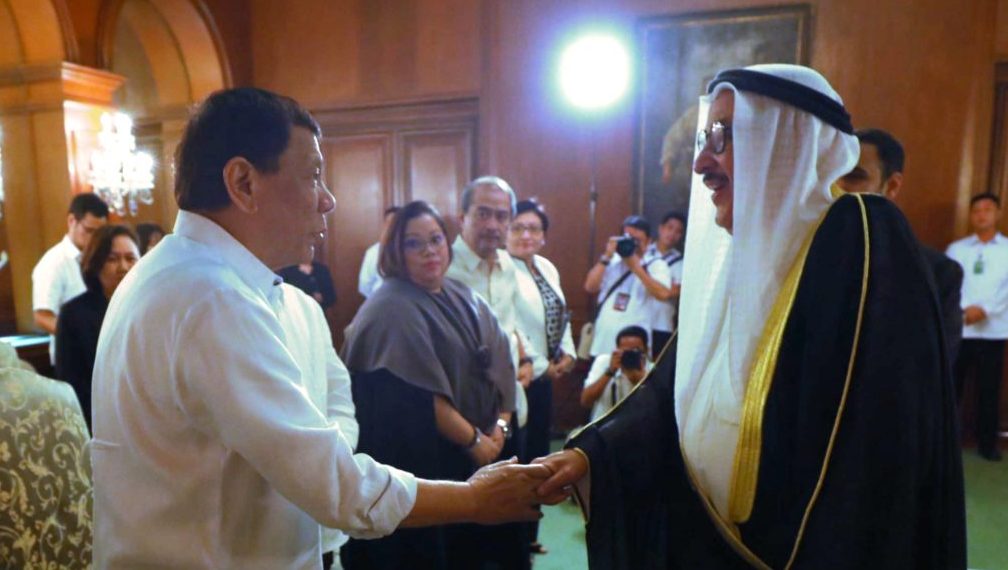 Kuwait’s foreign minister Tuesday vehemently condemned orders from President Rodrigo Duterte of Philippines to ban the sending of Filipino workers to the Gulf country after the alleged death of a Filipino woman in a fridge.

President Duterte not only expanded the ban on workers’ travel to Kuwait, but also prevented those already in possession of work permits to fly to the Gulf country. He also gave instructions for the repatriation, free of charge, of those already working in the Arab country.

According to Philippines’ authorities, two commercial planes full of workers landed in the Asian country on Monday. More than 2,200 Filipino workers are expected to be flown back home.

Tensions between the two countries soared in January after President Duterte accused Kuwait of not doing anything to tackle the exploitation and sexual abuses suffered by Filipino workers in Kuwait and in the region.

On Friday, the Filipino leader brandished photos claiming to be those of a Filipino house cleaner found in a freezer. He said she had been “roasted like a pig”, according to press reports.

Sheikh Sabah Khaled Al-Sabah angrily condemned the moves by the Duterte administration that he termed as ‘escalation’.

“This escalation will not serve the relationship between Kuwait and the Philippines,” the Kuwaiti foreign minister said.

“We condemn the statements of the President, especially since we are in contact with the Philippines at the highest level to fully explain the state of the Filipino workforce in Kuwait,” he added.

There are currently 170,000 Filipinos living in the Gulf country. The majority of them are working, al-Sabah noted.

Cases of exploitation, including non-payment of wages, long working hours with no rest days, physical and sexual assault… have been denounced by rights groups.

Kuwaiti authorities also admitted wrongdoings from nationals in the treatment of some workers but insisted that these are isolated cases.