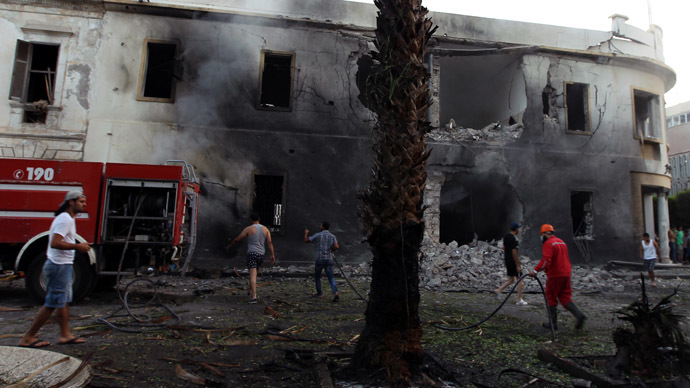 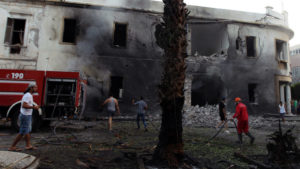 The two explosions took place in the central al-Salmani district, near the local passport office and Bayaat Al-Radwan Mosque.

The first blast occurred as worshippers were leaving evening prayers. The second explosion happened across the street, opposite the mosque, 30 minutes after the first as ambulance workers and security forces arrived at the scene. The second blast made more victims, reports say.

Ahmed Fitouri, a Libyan National Army (LNA) commander in the investigation department was reported dead in the blast. Mahdi al-Fellah, a senior intelligence officer was numbered among around 50 people wounded in the attacks.

Benghazi is controlled by Khalifa Haftar-led LNA. The military commander last July declared the total liberation of the city after 3 years of bitter battles against Islamists.

However, despite the July liberation declaration, Benghazi is still rocked by sporadic clashes opposing the LNA and groups opposed to it.

No one claimed responsibility for the Tuesday double attacks.