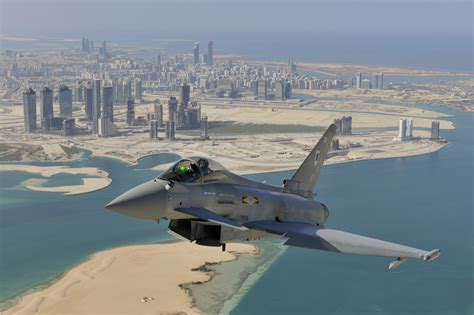 Qatar’s ambassador to the UN has filed a complaint with the world body’s Security Council as her country accuses United Arab Emirates (UAE) of violating its airspace.

UAE fighters allegedly entered the Qatari airspace in December, amid the ongoing crisis opposing the tiny Gulf country and its neighbors.

The alleged violation, according to the envoy who was quoted by the Qatari news agency QNA, occurred on 21 December at 9:45am and lasted for one minute.

The Qatari diplomat said that an UAE plane entered Qatar’s airspace without prior knowledge or approval of the competent Qatari authorities.

UAE authorities have not commented on the accusation.

Qatar has been facing a sea, land and air blockade imposed by Saudi Arabia, the UAE, Bahrain and Egypt after the four in June cut off ties with the gas-rich country over its alleged support for terrorism.

Doha has ridiculed the charges arguing that it is victim of a smear campaign aiming at regime change.

This latest accusation follows a damning report by the UN Human rights office, which early this week castigated the Saudi-led quartet for hate campaigns against Qatar and threats to kill Qataris including their ruler Sheikh Tamim bin Hamad al Thani.

The report noted that between June and October an estimate of 1,120 press articles and 600 anti-Qatar caricatures were published in Saudi Arabia, United Arab Emirates and Bahrain.

“Such material included… calls for a regime change or a coup d’état, attacks against leading figures and symbols of Qatar, as well as attacks on and murder of Qataris,” the report further noted.

Qatar in August filed a complaint to Geneva-based World Trade Organization (WTO) that it was victim of an ‘illegal siege’ imposed by the Saudi-led alliance.