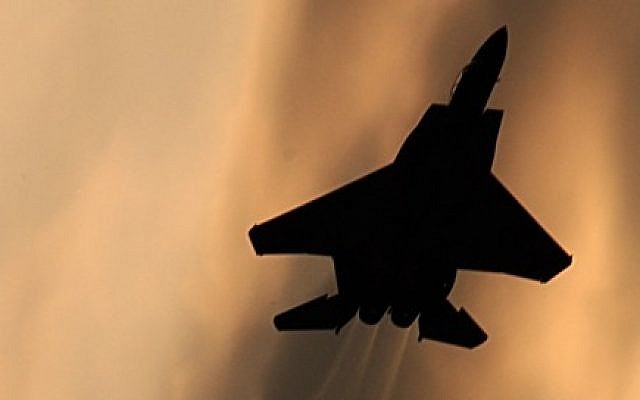 The Syrian National Army loyal to President Bashar al-Assad has claimed it brought down an Israeli fighter jet, after the Israeli aviation fired several missiles on a military outpost near capital Damascus.

The Israeli sorties according to the Syrian army took place Tuesday at dawn and targeted a military base in the city of al-Qutayfah, outside Damascus.

Israel, which usually does not comment on its military operations, has not confirmed the incidents.

The Syrian army claims that the first Israeli airstrikes were launched from inside Lebanon’s airspace, Turkish daily Sabah reports.

According to Ronen Solomon, an Israeli freelance intelligence analyst who tracks Syria’s weapons development programs, the 155th Artillery Regiment operates Scud missile launchers and “has been known since 2010 as the regiment that hosts Hezbollah’s advanced Scud missile base”, Times of Israel reports.

Israel has complained about alleged Iran’s presence in Northern Syria and in Lebanon. It fears Iran is building military bases in war-torn Syria. Iran has helped shore up President Assad’s regime by sending thousands of fighters and trainers.