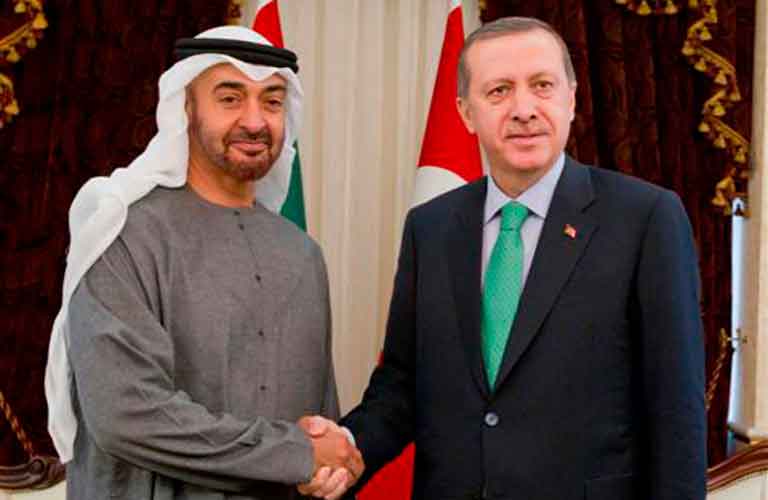 Turkish and Emirati rivalry in the region has surfaced after UAE foreign minister posted a tweet accusing an Ottoman military commander of looting Medina and mistreating Arabs.

Turkey’s response was prompt as President Tayyip Erdogan leapt to the defense of the Ottoman Commander saying that he only tried to protect the city from the looters, in allusion to the Arab tribes that entered into alliance with the British at a time Medina was under Ottoman rule.

In a speech to local administrators, Erdogan said “those miserable people who are delirious enough to shamelessly and tirelessly say Erdogan’s ancestors stole sacred items from there and brought them to Istanbul – it was to protect them from the people that came to invade.”

He went on to say that UAE foreign Minister is “spoiled with money and petrol,” and that during the siege Fahreddin Pasha transferred the sacred relics to Istanbul to “protect them against the British occupation.”

Turkey and the UAE are at loggerheads regarding a set of regional issues. Turkey backs the Muslim brotherhood while the UAE funds a regional crackdown on political Islam.

Turkey has also been an ally of Qatar to whom it has extended a helping hand following the Saudi-imposed blockade, backed by the UAE and Gulf allies.