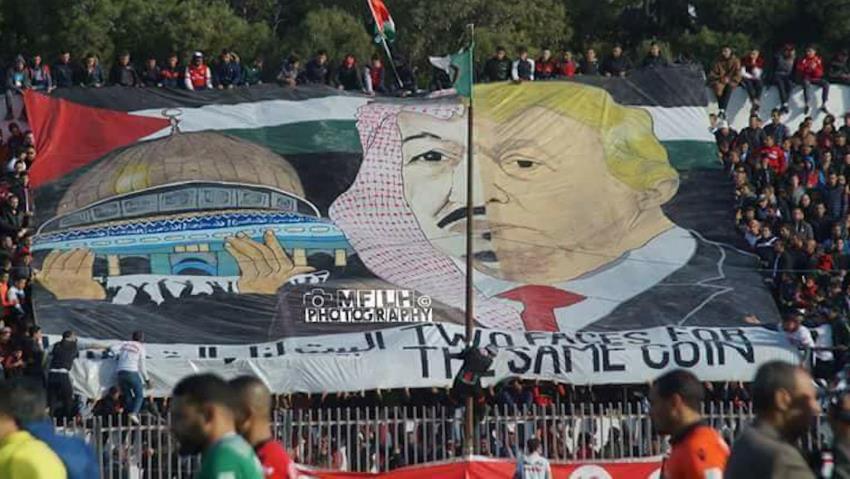 Saudi ambassador to Algeria has vowed to take action against the North African country after football fans on Saturday displayed a huge banner showing a face, half of which made of Saudi King Salman’s image and the other half of US President Donald Trump, in protest to the US leader’s unilateral decision to recognize Jerusalem as capital of Israel.

Football fans of Ain Melilla football club expressed their support for the Palestinian people in a stadium in capital Algiers. The pro-Palestinian fans carried a poster portraying a composite image of the US President and the Saudi king.

The banner also read: “Two faces for the same coin.”

“We will look into the authenticity of this image and take the appropriate response,” he tweeted.

Saudi and Algerian activists Sunday widely spread the image on social media with condemnations saying it is an insult to the Saudi monarch.

Algerian authorities have not yet commented on the incident.

Trump’s decision sparked protest in the Arab and Islamic world. Palestinians in Gaza burned photographs of Crown Prince Mohamed bin Salman who is the apparent heir of the Saudi throne.