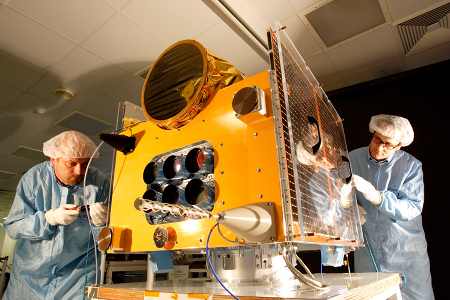 A Chinese-built telecom satellite for Algeria was launched into orbit with the aim of providing television broadcasts, broadband Internet, E-learning and education and emergency communications services.

Launched aboard a Long March 3B rocket, heading toward a perch more than 22,000 miles over the equator, the satellite will be controlled from operations centers in Medea and Algiers.

For this mission specifically, China has helped Algeria develop a training program for local engineers related to the design and construction of the satellite, dubbed Alcomsat 1.

The state-run Algeria Press Service reported the launch was successful.

The launch comes after Morocco successfully sent into orbit an advanced French-made satellite for reconnaissance and observation purposes.