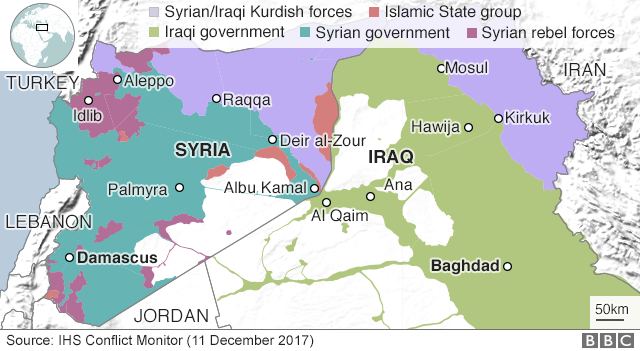 President Putin declared victory over IS saying the mission of the Russian troops in Syria is now complete after a visit he paid to the Khmeimim airbase, western Syria.

“I order the defense minister and the chief of general staff to start withdrawing the Russian group of troops to their permanent bases,” Putin was quoted by Russia’s RIA Novosti news agency as saying.

Putin also confirmed that Russia would maintain a permanent air base and naval facility in Syria after withdrawing troops.

Russian support has been crucial in turning the tide of Syria’s civil war in favor of government forces, led by president Bashar al-Assad.

President Bashar al-Assad was on the brink of defeat by IS when Russia entered the conflict in 2015. With sustained airstrikes on both moderate rebel groups and extremists, Moscow has helped Assad win back control of much of the country.