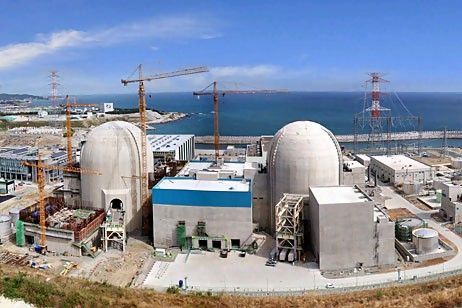 Bruised by the disentanglement of their alliance with former President Abdellah Saleh, the Iran-backed Houthi rebels claimed that they fired a missile targeting Abu Dhabi’s nuclear power reactor. The UAE responded by denying such a show of force never happened.

The Houthi rebels announced the firing of the missile on their mouthpiece, Al Masirah TV station, without giving any proof.

The UAE’s National Emergency Crisis and Disaster Management Authority denied the alleged missile strike on the nuclear power plant on Sunday, and said the country’s air defense systems is capable of dealing with any threats.

Given the increasing fighting in key positions such as Sanaa between Houthis and their former ally Saleh, the news of targeting Abu Dhabi is rather a propaganda attempt aiming at projecting power domestically to proponents in Yemen.

Last month, as the alliance with Saleh was unraveling, the Houthis fired a ballistic missile targeting the Saudi capital’s international airport. The attack was foiled by Saudi air defenses, but upped the stakes in the regional showdown between the oil-rich kingdom and Iran.