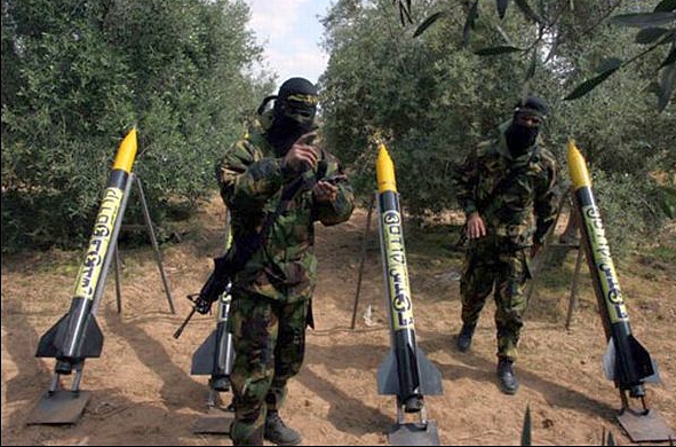 Hamas Monday ruled out demands to disarm its military wing, Izz ad-Din al-Qassam Brigades, saying that the weapons will rather be moved to the West Bank to fight Israel.

The Islamist movement has agreed to reconcile with rival Fatah in the West Bank.

Under a deal signed in Cairo in October, Hamas, which has been ruling Gaza for a decade, will hand over control of the Strip to Fatah on December 1. The movement has already relinquished Gaza crossings to its rival.

Speaking to the media on Monday, the movement’s deputy chief in Gaza, Khalil al-Hayya indicated disarming the al-Qassam Brigades is out of question.

“The weapons of the resistance are a red line that is non-debatable,” he said.

The different political groups have praised the reconciliation efforts but several hurdles including the fate of weapons still stand in the way of the conclusion.

President Mahmoud Abbas has warned he will not tolerate any force, the like of Lebanon-based Shia movement Hezbollah in the Palestinian territories.

Israel and the US have threatened not to recognize any Palestinian unity government with Hamas if the movement does not disarm and recognize Israel.

The future of al-Qassem Brigades has been defined in the Cairo-backed 12 October deal.