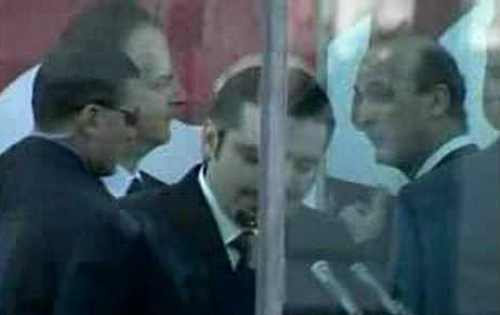 Lebanese Prime Minister Saad Hariri Sunday confessed to a Saudi media that his country cannot do anything to numb Hezbollah’s might adding that a solution can only come from regional powers, Middle East Monitor reports.

“The solution for Hezbollah’s arms is a regional solution, not a domestic one. For that, we [Lebanon] cannot do anything about the issue,” Hariri told a Saudi Magazine few days following his two-week stay in the kingdom.

“Hezbollah does not have the ability to manage a country. Its strength comes from the arms provided by Iran,” he added.

Hariri returned to Lebanon late Tuesday after announcing his resignation from his role of Prime Minister in a broadcast on a Saudi television, on November 4.

The Lebanese Sunni leader had blamed in his resignation address the Lebanese Shia movement and its patron for spreading strife in the region. He also hinted at alleged assassination plot against him.

Upon his return to Beirut and after meeting with President Michel Aoun who refused to accept his resignation, Hariri put his decision on hold indicating that he wanted to give a chance to negotiations and demands for Lebanon’s neutrality in the region.

Hariri has been leading a year-old cabinet encompassing Hezbollah whose armed wing has been fighting in Syria on the side of Iran to shore up the Bashar Assad regime.

The Shia movement has been supporting militia groups in Iraq fighting the Islamic State group (IS) and lending support to Hamas in Gaza.

Saudi Arabia and its allies believe that Hezbollah helped the Yemen Houthi rebels launch a ballistic missile which was intercepted near Riyadh international airport early November, and which paired with Hariri’s resignation.