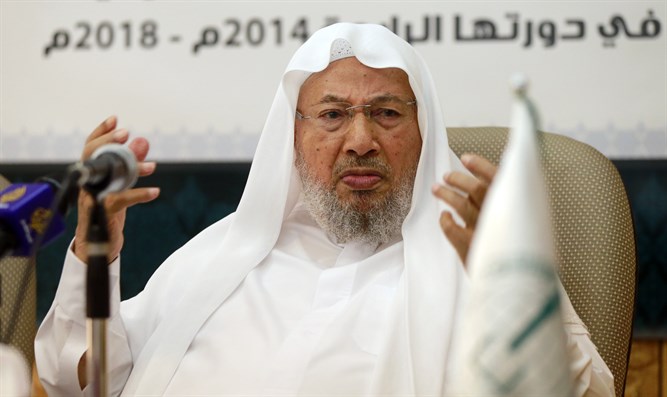 The Arab quartet led by Saudi Arabia and including the UAE, Bahrain and Egypt have added two organizations and 13 individuals with ties to Qatar to their “terror list” in yet another crackdown on the Muslim brotherhood.

The two organizations that have been included in the blacklist are the two Doha-based NGOs: The International Islamic Council and the International Union of Muslim Scholars (IUMS) led by Egyptian Sheikh Yusuf al-Qaradawi, the Saudi-led alliance said in a statement published on Saudi news agency.

The Arab quartet accused the two organizations and the individuals added to the list of promoting terrorism by spreading hate speech under the cloak of Islam to facilitate different terrorist activities.

The individuals listed “perpetrated different acts of terror directly funded by Qatar at various levels, including using Qatari passports and working under the cover of Qatari charitable organizations”, the statement said.

The 11 individuals include the director of relief and international development at the Qatar Red Crescent, Khaled Nazem Diab, Bahraini dissident Hassan Ali Mohammed Juma Sultan, and the acting general leader of the Muslim Brotherhood, Mahmoud Ezzat.

A Qatari national, Mohammed Suleiman al-Haydar, is among the new entries, while some of the other additions are from Egypt, Libya and Somalia.
In June, the quartet broke diplomatic ties with Qatar and cut off air, sea and land access to the country over Doha’s alleged support for “terrorist groups aiming to destabilize the region”.

Days later, the four countries issued a list of 59 individuals and 12 organizations linking Qatar to terror groups. A number of those names also appeared on terror designation lists from the US treasury, state department and the UN. Most of those names are allegedly involved in facilitating and funding extremist groups across the region, especially Al Qaeda’s former affiliate in Syria.