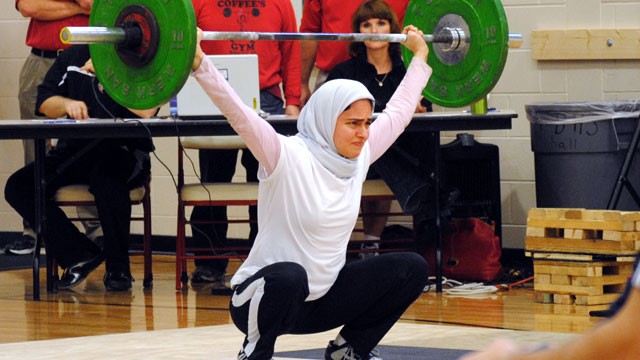 The sport is one of the country’s most advanced sport activities to have offered the Islamic Republic international accolades with several world champions and Olympic medals.

Women have never been allowed to lock horns with their world counterparts.

Ali Moradi, president of the Iranian Weightlifting Federation indicated that the Federation Women’s committee has been established to promote female athletes.

“They have high capacity like men athletes, and I hope that, wearing special clothes for Muslim athletes, they will be able to take part in international championships in the near future,” he said.

The removal of the ban will allow the women to compete with their American counterparts for the Fajr Cup. The US team has been extended an invitation. The US delegation will also include female athletes who will train Iranian coaches and technical officials, reports say.

“Everything is agreed in principle and we are working on the details,” said Phil Andrews, chief executive of USA Weightlifting.

“Despite the political differences between our countries we have always enjoyed a very good relationship with the Iranian Weightlifting Federation.

“Anything we can do to help, we are more than willing to do so.”