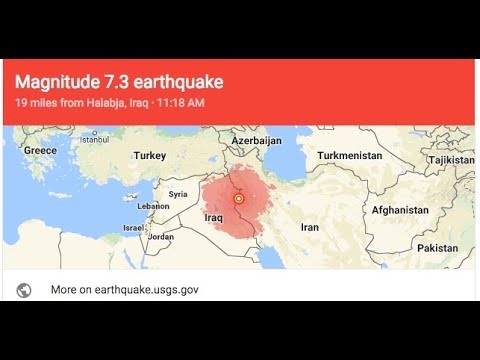 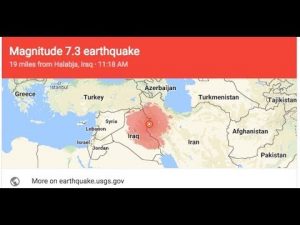 A deadly tremor hit the Iraq-Iran border overnight killing more than 330 people and injuring thousands more, most of whom on the Iranian side.

The casualty toll of the 7.3-magnitude quake is expected to rise as rescue operations progress.

The majority of those who died were in Iran’s western Kermanshah province. Nearly 4,000 were said to be injured.

Most of the victims were in the town of Sarpol-e Zahab, about 15km (10 miles) from the border, Iran’s emergency services chief, Pir Hossein Koolivand was quoted as saying on Iranian state television channel Irinn.

On the Iraqi side, the most extensive damage was in the town of Darbandikhan, 75km (47 miles) east of the city of Sulaimaniyah in the Kurdistan Region.

The quake was so powerful that the tremors were felt in Lebanon and Turkey. The termors were also felt in the UAE, according to social media users.