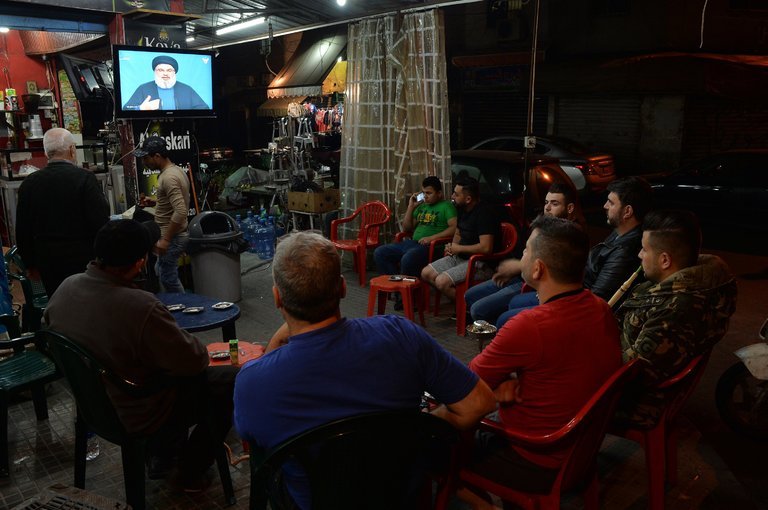 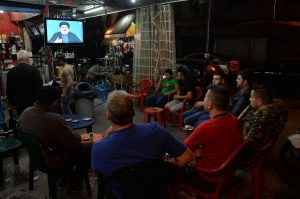 The Shia powerful Hezbollah movement Sunday accused Saudi Arabia for being the instigator of the surprising resignation of Lebanese Prime Minister Saad Hariri, adding it is praying for his return.

The group’s Chief Hassan Nasrallah in a televised address noted that Hariri’s Saturday resignation from the position of Prime Minister was a diktat from the Saudi leadership establishment.

“We believe Hariri’s resignation was initiated by Saudi Arabia,” he said.

“Why didn’t they let him announce this from Lebanon? Even the text of his announcement was written by Saudi Arabia. All of us in Lebanon, from all walks of life, are surprised,” Nasrallah added.

Hariri announced his resignation from Saudi Arabia where he had arrived on Friday for a visit. He cited threats to his life as grounds for the unprecedented move and accused Iran and Hezbollah for their increasing influence in the region.

Saad Hariri has been heading, since 2016, a 30-member unity government cabinet including members of the Shia movement.

The resignation took many Lebanese by surprise as it leaves a vacuum to be filled with no clear successor in the sight.

According to powers-sharing agreements signed to end the 1975-1990 civil war, the President should be a Christian, the Prime Minister a Sunni and the Speaker of the parliament a Shia.
Hariri is close to Riyadh and the Friday visit was the second in a week.

Nasrallah wondered when Hariri will be allowed to come back at the time Saudi Arabia is marked by power struggle after a purge of princes, top military officers, senior officials and business tycoons over corruption charges.

Eleven princes and up to 38 other people were arrested on Saturday in an anti-corruption probe.

“In addition to the strangeness of this resignation, we do not know whether Hariri is currently in Riyadh as a free man,” Nasrallah said.

“When we know the most powerful men in Saudi Arabia are under arrest, it is legitimate to worry about the status of Hariri.”

Lebanese President Michel Aoun will not accept Hariri’s resignation until he returns home, according sources from his office.

The Premier is said to head back home on Thursday.

The country’s security and intelligence establishment noted it is not aware of any threat to Hariri’s life.