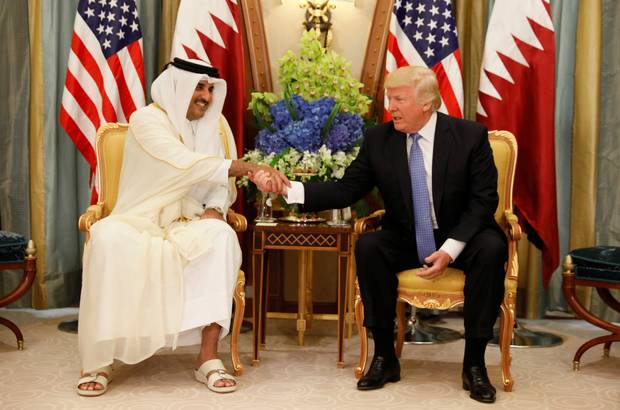 The US approved a $1.1bn deal to service Qatar’s F-15 fighter jets despite Trump’s outspoken support to Doha’s foes in the Gulf, namely KSA, the UAE and Bahrain.

The deal was announced by the State Department, which said it had approved a contract to service Qatar’s F-15QA jets and build them ground facilities and hardened bunkers.

“Qatar is an important force for political stability and economic progress in the Persian Gulf region,” the department said, in a note from its Defense Security Cooperation Agency.

“Our mutual defense interests anchor our relationship and the Qatar Emiri Air Force plays a predominant role in Qatar’s defense.”

Home to one of the largest US military bases in the Middle East, Qatar is locked in a stand-off with its neighbors over diverging foreign policies wherein Doha supports the Muslim brotherhood loathed by KSA and the UAE.

The latest deal comes despite Washington’s announcement early last month to suspend all military joint maneuvers in a bid to support diplomatic efforts to bring an end to the regional crisis.