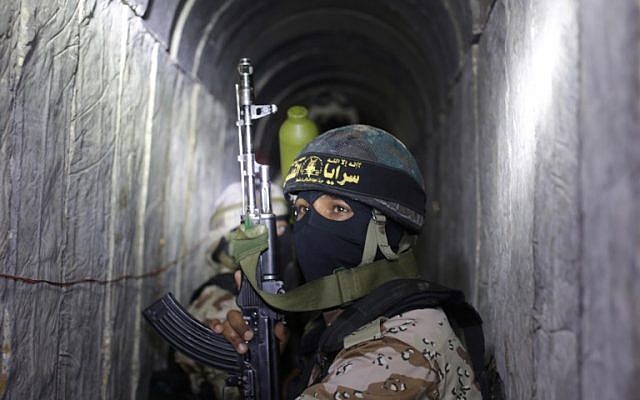 At least nine Palestinians died Monday after the Israeli army destroyed a tunnel from within the Israeli territory.

Seven were reported killed in the operation while two others died during the evacuation operation, Israeli reports say.

Four of the dead according the Hamas-run health ministry were members of Islamic Jihad and the rest from Hamas. Several other fighters of both groups were also injured in the operation, which was carried out from Israel, near the fence with Gaza.

The Israeli defense military said the tunnel was built from the Gazan city of Khan Younis and crossed into Israel to stop nearly 2 km from Israeli settlement community of Kibbutz Kissufim.

Israel blames the Islamic Jihad for building the tunnel which the military said had been under surveillance for a long period of time.

The tunnels issue was one of the bones of contention between Israel and Hamas during the 2014 conflict, although the tunnels stretching into Israel were rare.

“This latest Zionist crime is a dangerous escalation against our people and its resistance. It is aimed at undermining its steadfastness and unity, and it is a desperate attempt to sabotage efforts to restore Palestinian unity and maintain the state of division,” Hamas said in a statement.