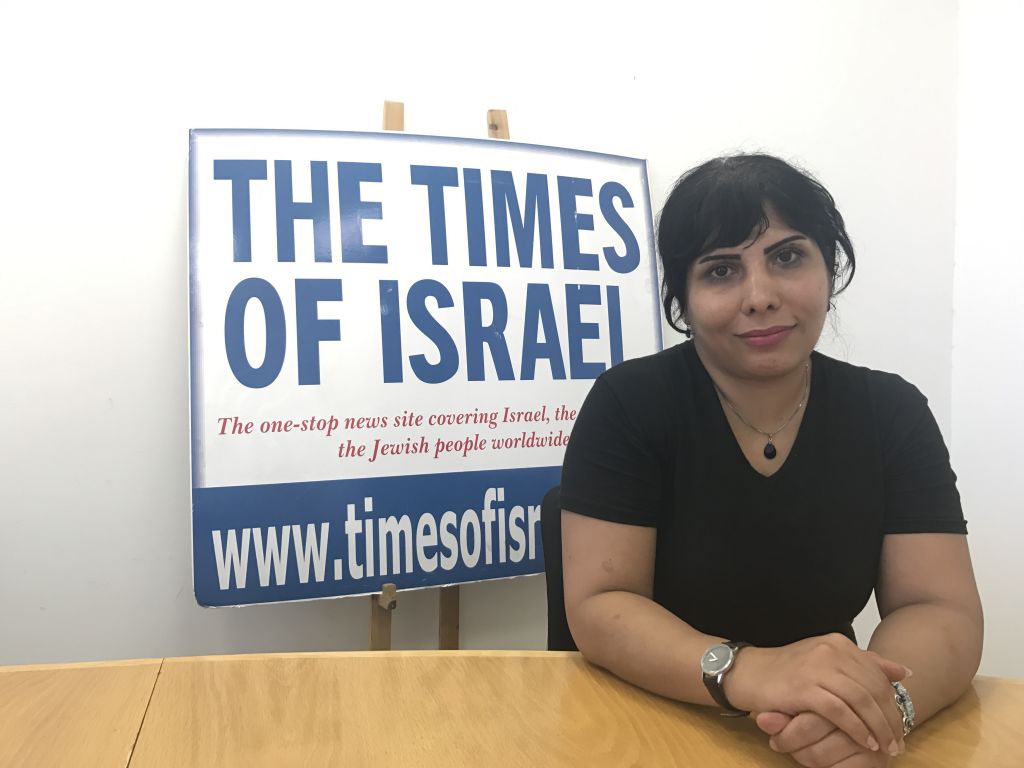 An Iranian Persian journalist and blogger working for Israeli media Times of Israel has arrived in Israel to seek asylum after Turkish authorities told her she might face deportation to Iran over her professional links with Israel.
Neda Amin arrived Thursday in Tel Aviv from Istanbul. She was welcomed at Ben-Gurion Airport by David Horovitz, editor of Israeli online media Times of Israel.
She is blogger for the Israeli media Persian version and is also freelance writer for several other media.
Neda, 32, fled to Turkey in 2014 after she received threats for her criticism against authorities.
Neda said she feared for her life in Turkey after being repeatedly questioned by local police and told that she might likely be kicked out. She said she might be sent back to Iran where her life will be in danger.
Israel foreign mission in Istanbul worked to get her out Turkey after she contacted Horovitz for help.
Neda reportedly has some Jewish heritage. Her father’s mother was Jewish, Horovitz noted.
Israel interior minister Aryeh Deri welcomed her to Israel.
“Welcome to Israel!” he tweeted.
Neda has applied for permanent stay in Israel.