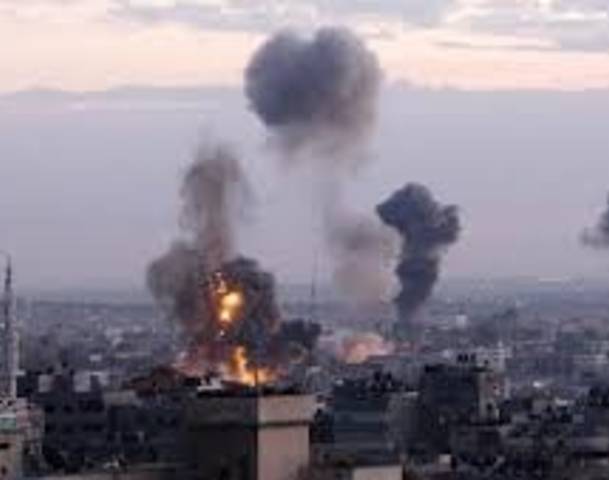 Israel has launched missiles into the Gaza Strip in response to a missile that was fired from Gaza. The Israeli Defense Forces (IDF) said “a projectile hit an open region in the Ashkelon region” without causing any injuries.

No group has claimed responsibility for the attack but the Jewish State holds Hamas responsible for all hostilities originating from Gaza.

The IDF responded by launching airstrikes targeting “two Hamas posts in the northern Gaza Strip.” Security sources said the Ezzedine al-Qassam Brigades, the military wing of Hamas, was the target.

The airstrikes were carried out early Wednesday. Ayman Sahbani, an emergency director at Gaza’s Shifa Hospital, said three people were wounded. One of them is reported to be in a critical situation.

The rise of tensions in the area could complicate the planned visit of UN Secretary General Antonio Guterres before the end of the month.

Israel and Hamas have fought three wars since the Islamist movement took control of Gaza a decade ago. The most recent in 2014 left at least 2,000 Palestinians dead, including more than 500 children. The Israeli side recorded 73 casualties, mostly soldiers.

Riyad Mansour, Palestine’s Ambassador to the UN, said the scheduled visit of Guterres “comes at a critical time in which there are attacks against the two-state solution” and urged “the Israeli leadership” to listen to and respect “the global consensus around it.”

Israel’s Ambassador to the global body, Danny Danon, thinks that the trip provides “an excellent opportunity for him (Guterres) to see firsthand both the challenges and the opportunities that we face in our region, including Hezbollah’s activities in Lebanon in violations of Security Council resolutions.”