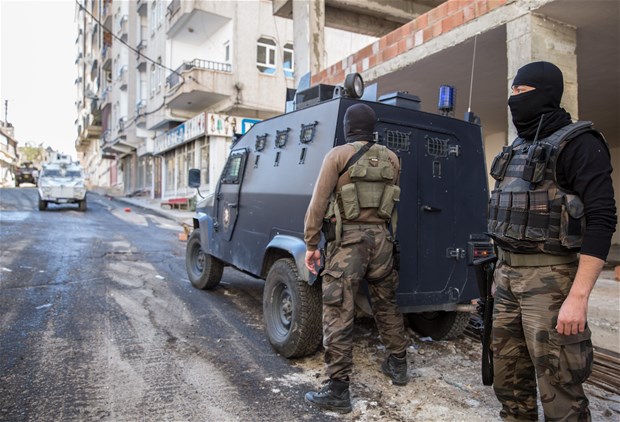 Ankara has outlined that it will uphold its policies in the fight against terrorism despite the criticisms. Presidential spokesman Ibrahim Kalin accused some countries of double standards as he lamented that the “massacres” being carried out by armed Kurdish groups that Ankara categorized as terrorist groups are not condemned. He vowed that Turkey will “retaliate” to such attacks regardless of “whatever they (critics) say.”

The eastern province of Van and the southeastern province of Diyarbakir have been turbulent areas for the government due to the presence of Kurdish resistance groups that have carried out fatal attacks on government forces and officials. Ankara holds the Kurdistan Workers’ Party (PKK) responsible.

“We will continue to fight terrorism in the most effective way” Presidential spokesman said as he underlined that taking “a step backward from this strong stance for the unity and solidarity in Turkey is out of question.”

The armed Kurdish groups in Syria are also under Ankara’s radar as forces have been deployed to southeastern border near Hatay after soldiers came under fire from Afrin. Ibrahim Kalin warned that there will be a strong response in kind of any terror attack regardless of where it comes from.

Defense Minister Fikri Isik warned that Turkish forces “would not abstain from doing what is necessary if Afrin becomes a constant security threat” as he hinted that there will be a response to the “slightest fire” into Turkish territory from the area. Turkey considers armed Kurdish groups in the region as arms of the PKK that it has been fighting with for decades.