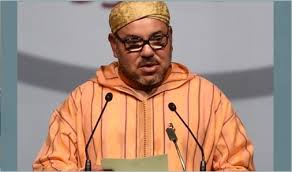 King Mohammed VI of Morocco has called on African States to invest in youths, who are a godsend for Africa, as such an investment is crucial for achieving development goals and for driving the continent’s economic growth.

In a speech before the 29th African Union Summit underway in the Ethiopian capital Addis Ababa, that was read out on his behalf by his brother Prince Moulay Rachid, the Monarch underlined that “investing in young people, who account for nearly two-thirds of Africa’s population, is crucial”.

This calls for appropriate training, smooth, well-regulated integration into the job market and the ability to take initiatives in order to create wealth, to showcase one’s talents and to contribute to the continent’s progress and development, he said, deeming a proactive, youth-oriented policy can channel energy for the achievement of development.

“The future of Africa hinges on its youth. Today, nearly 600 million Africans are young. In 2050, 400 million will be aged between 15 and 24, he said, adding, “This trend underscores the urgent need to use the demographic dividend to stimulate the emergence of our continent”.

After he underlined how the continent would benefit from a young, educated and abundant labor force to spur its economic growth, the King deplored the fact that “each year, more than 11 million young Africans enter the labor market, but only 3 million jobs are created”. He also deplored that “More than 70% of young Africans live on less than $2 a day.”

African youths are bearing the brunt of unemployment as 60% of the continent’s unemployed are young people, he recalled, stressing the need, in order to address the problem, to adopt “a proactive policy whose three watchwords are education, higher education and vocational training”.
He also advocated “substantial, sustained and judicious investment” in education, health, vocational training and employment, warning, “Idle African youths will hamper the continent’s much-desired emergence”.

“If the challenge of young people’s employability is not addressed urgently, their idleness will be compounded, thus reinforcing their vulnerability and the risk of radicalization. Close to 40% of unemployed people are ideal recruits for rebel movements and extremist or terrorist groups, which are present throughout the continent.”

The Monarch dealt with migration as another scourge harming the continent and its human resources. “Africa is losing its youths to legal and illegal migration. There is no way such a loss can be justified,” he said.
He underlined that addressing the challenge of migration requires an innovative approach allowing to assess its causes and impacts and to consider possible solutions, above all by creating synergies between development plans and migration policies.

“We must work together to develop an African Agenda on this question that includes a common vision of the ways and means of dealing with the question of migration, both within our continent and in international forums”.

A New Africa will make the most of its potential since our continent boasts tremendous assets, he said, insisting that Morocco wants to contribute to the emergence of that New Africa.

“Africa must resolutely look to the future and rely mostly on its own means. We owe this to our peoples. We owe it to our youths. The promise of a better, more prosperous future should no longer be an empty slogan or mere wishful thinking. It is our duty to match words with action for the sake of our future generations – for the sake of a New Africa,” King Mohammed VI concluded saying.