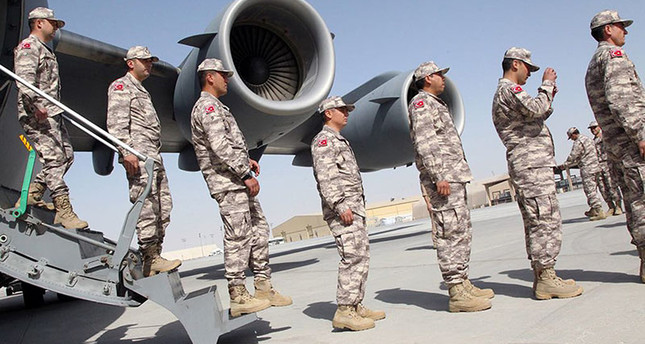 Turkey through its defense minister Friday threw to the bin the long list of harsh demands submitted by Saudi Arabia, United Arab Emirates, Bahrain and Egypt, asking Doha to end the current Turkish military deployment in Qatar, as a condition to lift sea, land and air blockades.

Kuwait Friday handed a 13-article list of demands to Doha on behalf of the Saudi-led bloc, which has severed ties with the tiny gas-rich monarchy since June 5.

Among the conditions put forth by the bloc, Doha should put an end to the current deployment of Turkish troops in Qatar and shut down the Turkish military base in the Emirate.

Defense Minister Fikri Işık in an interview with NTV private broadcaster rejected the demand pointing out that Ankara “has no intention of reassessing the status of the Turkish military base in Qatar”, Daily Sabah reports.

“The base in Qatar is both a Turkish base and one that will preserve the security of Qatar and the region. It is an important military base, and no country should be disturbed by it,” Işık said.

“I still haven’t seen the official request, but if there is such a demand, it would be interference in bilateral ties.”

The military base is the result of a 2014 agreement with Qatar.
The Turkish parliament, a few days after the bloc cut ties with Qatar, approved a law bill allowing deployment of Turkish troops to Qatar.

“The strengthening of the Turkish base would be a positive step in terms of the Gulf’s security,” Işık insisted.

Qatar has also turned down the bloc’s demands as an interference in its sovereignty and foreign policy.