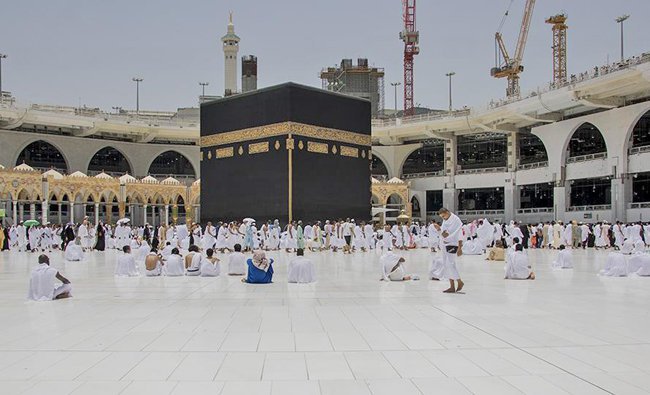 One suicide bomber blew himself up after security forces surrounded him in a building in Ajyad Al-Masafi neighborhood, located within the perimeter of the central area of the Grand Mosque.

“Unfortunately he started shooting towards security personnel once he noticed their presence in the area, which led to an exchange of fire before he blew himself up,” said General Mansour al-Turki, the ministry’s spokesperson.

The blast, which destroyed partially the three-storey building, injured six expatriate pilgrims who had been taken to hospital. Some have been already discharged. The collapse of the building also injured slightly security men, the ministry said.

Security forces also arrested five people including a woman, all members of the cell whose location has been also determined as far as the neighborhood of Asilah, still in Mecca, Saudi reports say.

Security forces also raided another terrorist site in Jeddah, near the Red Sea. A terrorist was arrested by general intelligence after Special Emergency Forces had prepared to pursue him and approach him, Arab News reports.

Near the end of Ramadan last year in the Saudi city of Medina four security officers died in an explosion close to Islam’s second-holiest site, the Prophet’s Mosque.

The Islamic State group (IS) was blamed for the attack.