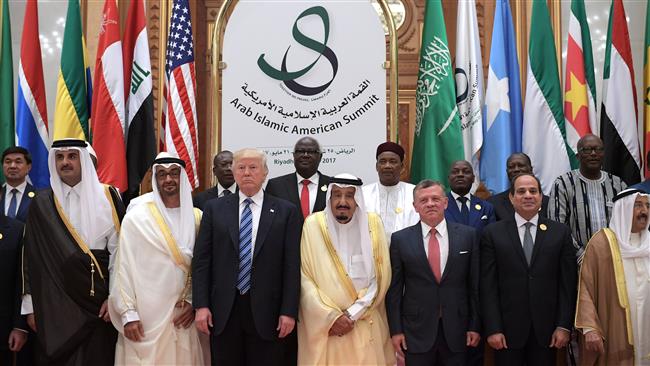 US Secretary of State Rex Tillerson Wednesday announced Saudi Arabia and its besieging allies have a list of demands for Qatar.

The announcement was made two days after the State Department challenged the Saudi Arabia-led bloc to provide motives behind the blockades they imposed on Qatar.

“We understand a list of demands has been prepared and coordinated by the Saudis, Emiratis, Egyptians and Bahrainis,” Tillerson said.

“We hope the list of demands will soon be presented to Qatar and will be reasonable and actionable,” he added.

UAE this week pointed out that the blockades may be in place for many years should Qatar not change its attitude.

Since the outbreak of the crisis, Tillerson has been urging for dialogue to solve the standoff. Tuesday Tillerson’s office stated that the US was ‘mystified’ by the Saudi camp, which “have not released to the Qataris nor to the public the details about the claims they are making toward Qatar”.

“The more that time goes by the more doubt is raised about the actions taken by Saudi Arabia and the UAE,” said Heather Nauert, spokeswoman for the US State Department.

Tillerson has offered to work out negotiations between the Gulf allies.

“Our role has been to encourage the parties to get their issues on the table, clearly articulated, so that those issues can be addressed and some resolution process can get underway to bring this to a conclusion,” he said.

Qatar this week noted that it would not be forced into negotiations if the blockades are not lifted, while arguing that the Saudi Arabia-led bloc has no tangible reason behind the siege.