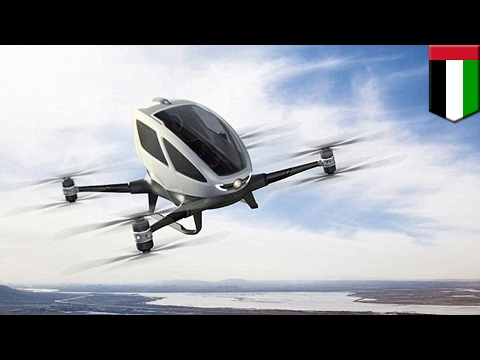 Emirati Authorities Monday announced they will put the driverless air taxi into test in the fourth quarter of the year before they grant authorization for the vehicle’s operation in the country, reports say.

AAT was first announced to fly in the Emirati sky in July this year after China-based EHang 184 in February scheduled the arrival of the self-flying taxi aircraft in Dubai for July.

Awaiting the delivery of the aircraft by EHang, Germany-based Volocopter will provide the first batch of vehicles, online media Arabianbusiness.com reports.

Roads and Transport Authority (RTA) and the Dubai Civil Aviation Authority are currently working on the legislative and operational guidelines, to define specifications and standards applicable to operators in the emirate, the media further notes.

AAT is environment-friendly and is equipped with 18 rotors; installed to ensure safe cruising and landing of the taxi in case of any rotor failure.

The vehicle can carry two passengers and can fly for 30 minutes from one point to another and reach cruise of 50 kilometer per hour (km/h), and a maximum airspeed of 100 km/h.

Authorities are introducing self-flying taxi with the aim of “transforming 25 percent of the total mobility journeys into autonomous transport by 2030”.