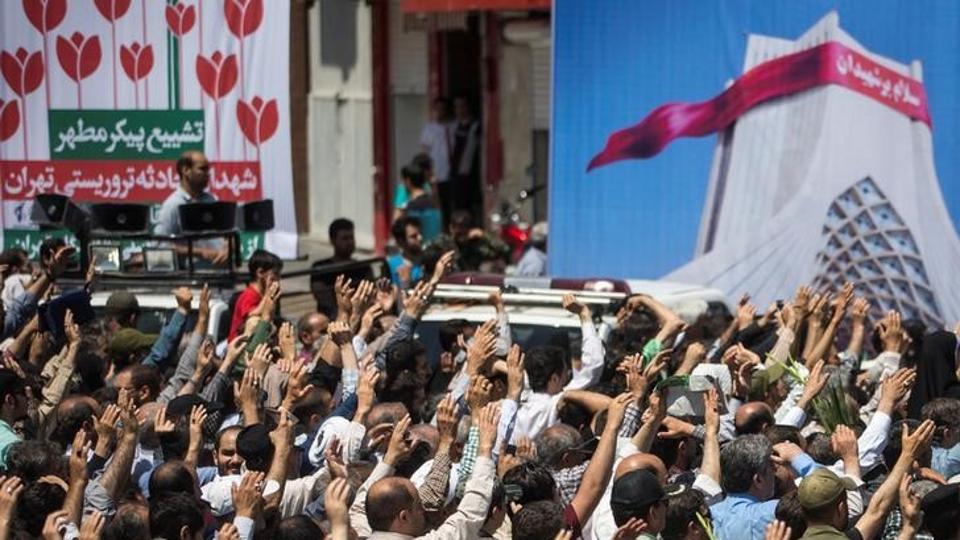 Tehran has retaliated to the twin attacks claimed by the Islamic State earlier this month targeting their positions in Syria with missile strikes.

Six medium-range ballistic missiles were launched on the extremist group’s bases in Dayr al-Zawr and according to spokesman Bahram Qassemi of the foreign ministry, they were “fatal blows” which served as “just a wake-up warning to those who still cannot or have not managed to decently comprehend the realities of the region and their own limits.” The missiles strikes were launched in coordination with Damascus.

General Ramazan Sharif of Iran’s elite Revolutionary Guards (IRGC) warned ISIS from carrying out future attacks because “if they carry out a specific action to violate our security, definitely there will be more launches, with intensified strength.” The extremist group’s 7 June attack on Tehran left at least 18 people dead and more than 50 injured.

The missile strikes are also being used to warn “some reactionary countries” of the sub-region, and Saudi Arabia was expressly singled out as one of them, with allegations that “they are trying to bring insecurity into Iran.” Tehran has often claimed that the attackers are “affiliated with the Wahhabi”, an ultraconservative form of Sunni Islam practiced in Saudi Arabia, but has so far stopped short of directly blaming Riyadh until recently.

Washington was also among those targeted in Tehran’s deterrence message.

According to reports by the Fars News Agency, the IRGC warned “regional and trans-regional supporters” of extremist groups that “they would be engulfed by its revolutionary wrath and flames of the fire of its revenge in case they repeat any such devilish and dirty move in future.”

Tehran has been at odds with several Gulf and Western countries over terrorism-related matters. The attack earlier this month was the first on its soil by ISIS and it has vowed to retaliate accordingly.