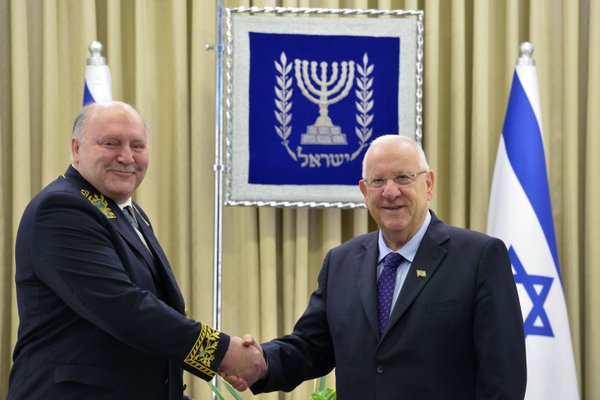 Russian ambassador to Israel has slammed the classification by the West, Israel and the Saudi Arabia-led bloc of Gaza ruler Hamas and Lebanon-based Shia movement Hezbollah as terror groups.

As long as they have not attacked Russian interests, Moscow cannot classify them as terror groups, he was quoted as saying.

“We do not consider these organizations to be terrorist,” Shein said.

The Russian diplomat insisted that Russian law does not designate these groups as terrorist.

“Russian law – the Supreme Court, following an appeal by the prosecution – defines terrorist organizations as such when they intentionally conduct acts of terror in Russian territory, or against Russian interests abroad – installations, embassies, offices, or citizens,” he said.

Hamas, which has been ruling Gaza since it won the 2007 election against rival Fatah, has waged several wars against Israel with the last occurring in 2014.

The Islamist movement has made Israel its arch enemy, calling for its eradication; a call which was recently toned down.

The Iran-backed group enjoys good ties with Moscow, which also has very friendly ties with Israel. Some 1.5 million Israelis are native of the former Soviet Union and speak Russian.

Lebanon-based Hezbollah, which operates alongside Russia on the side of the Syrian President Bashar al-Assad, is also opposed to Israel. The Shia movement fought several wars with Israel, the latest taking place in 2006. Despite apparent settlement of disputes, tension between the two sides is still running high.

Both groups are shortlisted as terrorist entities by the US and the EU. Saudi Arabia, United Arab Emirates (UAE), Bahrain and Egypt have also branded them as terror groups sponsored by Qatar.