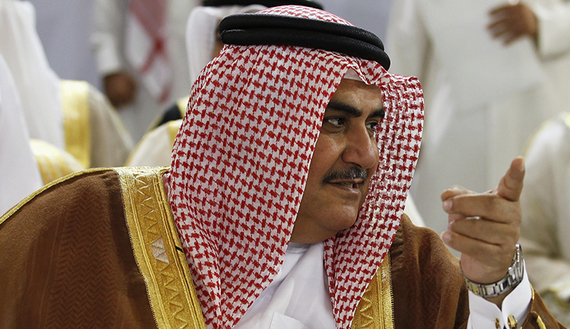 The Bahraini Foreign Ministry Saturday announced that hackers attacked the department using the twitter account of Foreign Minister Sheikh Khalid bin Ahmed al-Khalifa to post “hostile and insulting videos”.
“The Account of H.E. Minister of Foreign Affairs has been hacked. Kindly be aware,” the Foreign Ministry said in a message posted on its Twitter account.
According to reuters, the hacking appears to have been carried out by Shi’ite Muslim militants who want to bring down the Sunni Muslim al-Khalifa monarchy.
The hackers took control of Khalifa’s twitter account to retweet postings from another account identified as Numour al-Huriya (Tigers of Liberty), apparently belonging to Shi’ite militants, Reuters notes.
The incident occurred around 5:30 in the morning, local Arabic al-Wasat newspaper reported, adding that several tweets and videos insulting the minister were posted.
Another post attacked the Bahraini ruler Hamad bin Isa al-Khalifa, wishing his fall.
The Gulf state has been shaken by protests staged by Shiite majority population. Authorities, with the support of regional power Saudi Arabia, cracked down on 2011 protests demanding more rights and representation.
The Shiites have not subdued to the authorities who claim that Iran has been fuelling tension, plotting the fall of the Sunnite family ruling the state.
Last week, five people were killed in a demonstration against the condemnation of Ayatollah Isa Qassim, Bahrain’s most prominent cleric charged for corruption.
A court also revoked his citizenship after accusing him of promoting sectarianism, BBC reports.