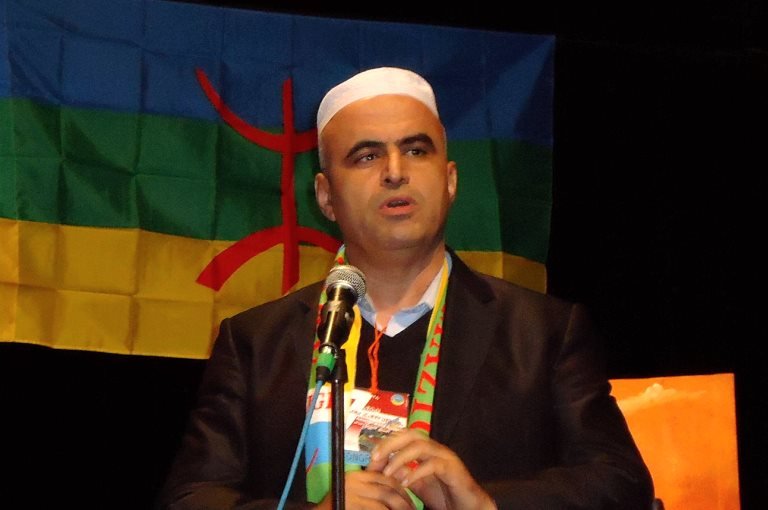 Several international human rights watchdogs, including Amnesty International, Human Rights Watch, EuroMed Rights, and Front Line Defenders have called on Algerian authorities to drop all charges against a leading activist and his 40 co-defendants, charges based on their peaceful activism for the rights of the Amazigh minority.

The NGOs have also condemned strongly Algeria’s discrimination against the Amazigh (Berber) minority and called for dropping all charges against Kamaleddine Fekha and his co-accused, in detention since 2015, stressing that “all the detainees are entitled to a trial within a reasonable time.”

“The authorities should immediately release them from pre-trial detention unless there is individual justification in each case of the necessity for their continued detention after nearly two years,” said the NGOs in a statement posted on their websites.

The defendants face very similar charges, including murder, terrorism, and other serious offenses that could result in the death penalty, for their alleged role in the deadly ethnic clashes that erupted in the Mzab region between 2013 and 2015.

The accusation chamber, a pretrial chamber tasked with confirming or rejecting charges based on a report by an investigative judge, issued its 150-page decision to refer the case to trial on February 14, 2017.

Algeria’s High Court rejected the defense’s appeal of the decision, and the trial opened on May 25.

The court also rejected requests by the defense lawyers to have their clients released on bail pending trial. The judicial authorities did not provide specific facts or circumstances to justify the rejection, as required under international human rights law and standards.

In addition to the flawed charges and evidence, the lengthy pretrial detention of the accused, without providing a justification in each case of the necessity for continued detention, violates their rights to liberty and due process, which include the presumption of release pending trial, the statement said.

Article 14.3(c) of the International Covenant on Civil and Political Rights, ratified by Algeria along with its Optional Protocol, states that “in the determination of any criminal charge, everyone shall be entitled to be tried without undue delay.”

“If Algerian authorities are to try those suspected of instigating and participating in deadly violence in Ghardaia Province, it should be on the basis of solid, individualized evidence,” said Sarah Leah Whitson, Middle East director at Human Rights Watch.

Michel Tubiana, president of EuroMed Rights said that “no one should be prosecuted for his peaceful advocacy for rights of minorities, including for regional autonomy and independence, in compliance with international obligations of Algeria.”

Fekhar headed the section of the Algerian League for Human Rights in the city of Ghardaia from 2004 to 2014.

In late 2013, he founded the Movement for the Autonomy of the Mzab, a northern Sahara region, and condemned the government for what he called a policy of apartheid and discrimination against the Mozabites, an Amazigh ethnic minority in the region.