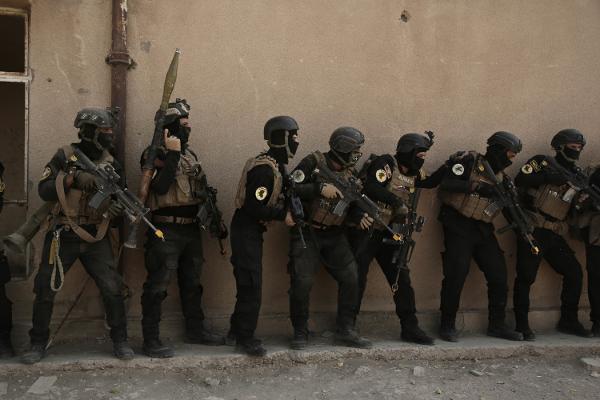 The Mosul war reporter of German magazine Der Spiegel has revealed that Iraqi forces trying to take back the Daech-held city of Mosul have been committing serious violations, including looting, executions, rape, and torture with the blessing of American soldiers.

The war reporter, Ali Arkady, a German-Iraqi citizen accompanied Iraqi forces when the offensive to gain back the Iraqi Northern city began.

He revealed to Der Spiegel that he was eye-witness of execution and torture session on October 22 last year when the Quick Reaction Force arrested two young men at the Qayyarah Airfield south of Mosul and tortured them for several days before executing them.

He also witnessed another case in the village of Qabr Al-Abd near Hamam Al-Alil where a mosque guard named Ra’ad Hindia suffered from torture after he was arrested by an Iraqi intelligence squad.

Arkady pointed out that Ra’ad Hindia was victim of a second arrest at his own house in the presence of his family. He was brought to intelligence bureau and tortured to death for one week. American soldiers who were nearby turned a blind eye on the incident, he said.

The violations went on as Arkady continued following the Iraqi forces and shooting videos, documenting cases of abuses, beatings, rapes and murder.

Arkady who gave details of the cases he witnessed said one of the Iraqi soldiers told him that two brothers had been tortured to death and showed him a video of their bodies. “He even sent me the video via WhatsApp and told me what happened,” Arkady said.

The Der Spiegel’s reporter also spoke of a case of rape of a woman, mother to three, after her husband was dragged out of the bedroom.

According to Arkady, one of the officers, called Haydar Ali, entered the room and raped the woman, under the nose of American forces who were aware of everything.

“The American supervisor asked them via the radio: What have you done? Captain Omar Nizar answered: ‘Everything, we have arrested men and women and looted homes.’ The American supervisor replied: ‘Well, you know what to do’,” Arkady said, adding that the Iraqi forces’ grave violence is so widespread and known to authorities.