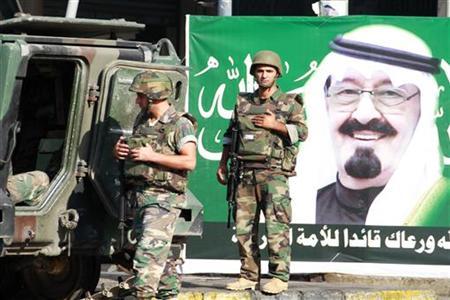 A Saudi soldier was killed Tuesday in an attack carried out by Shia militants in Al-Masoura; a town in the Eastern Province of Qatif as soldiers were patrolling the area to counter insurgency.

The militants fired RPG rocket against the patrol, killing one soldier and wounding five others who were taken to hospital, the Interior Ministry said in a statement.

The attack came few days after gunmen launched another attack in the same town last Friday, killing a Saudi child and a Pakistani builder.

Authorities said that the gunmen assaulted construction workers at the site of an urban rehabilitation project in Al-Masoura. Terrorists were trying to oppose the destruction of an old building used for drug and arms trade, Saudi officials said.

Qatif is largely dominated by Shia Saudis who often mount protests against the Sunni crown for more rights.

The Province has also become a scene of protest since January last year following the execution of Shiite cleric Nimr Al Nimr.