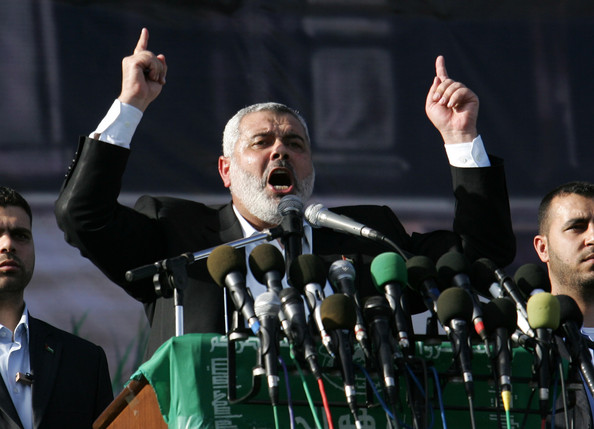 The Hamas movement controlling the Gaza Strip announced Thursday it captured the killer of leader Mazen Faqha, adding that Israel was the mastermind of the killing.

Newly elected political leader of the movement Ismail Haniyeh said at a press conference that the killer, whose name was not revealed, has been captured and is in the hands of security forces.

“We announce to the Palestinian people that the one who carried out this crime upon orders of Israeli security officers is now in the hands of (Palestinian) security services,” he said.

“The occupier bears responsibility for (Mazen Faqha’s death) because the confession (of the killer) is clear; the master who gave the orders was the occupier, the Zionist enemy.”

Mazen Faqha, leader of the Qassam Brigades and former detainee in Israeli cells, was assassinated in March in the South of Gaza city by unknown men.

Faqha was sentenced to nine years in prison in 2003 for allegedly planning attacks against Israel. He was released in 2011 as part of prisoner swap deal reached between Hamas and Israel, which involved the liberation of Israeli soldier Gilad Shalit against 1,047 Palestinian detainees.

Israel attributed the assassination to internal power rivalries in the Hamas group.

Israel is known for carrying out undercover assassinations of Palestinian militants.