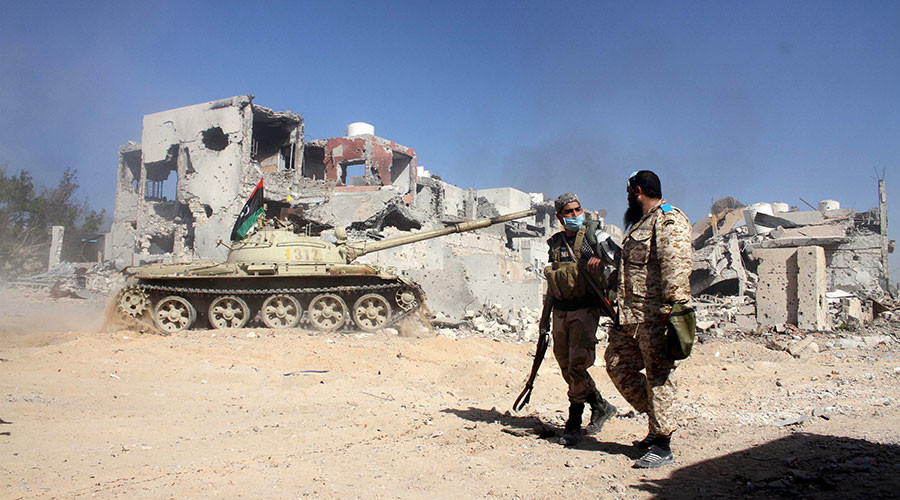 Italy’s Prime Minister Paolo Gentiloni’s call for the US to undertake a significant role in war torn Libya has been turned down by President Donald Trump. In a joint press conference at the White House, Gentiloni stated that “we need a stable and unified Libya” and “the US role in this is critical.” Trump’s response to his remarks was swift. “I don’t see a role in Libya”, he stressed before highlighting that “we have enough roles. We have a role everywhere” with reference to the numerous US military engagements around the world.
The Italian Prime Minister highlighted the contribution of the US Special Forces in defeating the Islamic State group that established a caliphate in Sirte. He also dwelled on the “common commitment against terrorism” between Rome and Washington as well as the necessity to socially and economically collaborate with Muslim communities to effectively combat it.
Trump said the US has “a role in getting rid of ISIS” describing it as “the primary role” which “will come to an end at a certain point.” He said the process of battling the extremist group has proven to be “very effective.”
The instability in Libya has been ongoing since the end of Gaddafi’s regime in 2011 and successive authorities that have emerged have failed to unite the country. Gentiloni warned that “a divided country and in conflict would make civility worse.” The North African country is being used as a gateway to Europe by illegal immigrants and Italy has been struggling to deal with the phenomenon. It is seeking a post-conflict nation-building plan including the eventual return of the illegal migrants to their home countries.
President Trump is unlikely to welcome such plans after stating that the priority was getting rid of ISIS and “we’ll be able to go back home and rebuild our country.” Trump held his presidential campaign under the banner ‘America First’ and had vowed in April last year that the US, under his presidency, will be “getting out of the nation-building business.”