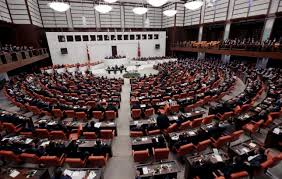 “Please, don’t give us lessons in human rights and democracy”. That was the message Turkish Foreign Minister, Mevlut Cavusoglu, addressed to German authorities after they banned rallies that were to be held in the European country in support of the Turkish constitutional amendments.

Speaking to supporters at the residence of the Turkish counsel in Hamburg on Tuesday, he stressed that the systematic obstruction of the Turkish government by the authorities was “not a right attitude”. He underlined that “nobody has the right to interfere in a referendum and an election in another country” as this is “not democratic.”

Cavusoglu accused the German authorities of being biased through “double standards” as he claimed that “those who are in favor of ‘yes’ in the referendum are obstructed, but those who favor ‘no’ are supported.”

Since last week, nine meetings have been cancelled in six cities across Germany.

Relations between the two countries, grown tense over the past months, were further strained after President Erdogan likened Germany’s actions to “Nazi practices”. The remarks he made during the weekend irked Berlin and Chancellor Angela Merkel termed them as “absurd and out of place”. The European Commission President Jean-Claude Juncker condemned the Turkish President’s remarks as unacceptable.

EU sources told euractiv.com that “Turkish election activism” would be discussed by EU leaders at their summit beginning on Thursday. Austria and Holland have also cancelled rallies within their territories.

The referendum on the constitutional amendments has been surrounded by controversies. Critics claim that Erdogan wants to use it to increase his grip on power as they accuse him of being an authoritarian. Meanwhile, pro-amendment supporters claim that it will ease the task of the Head of State as he would become an executive president rather than a ceremonial one.