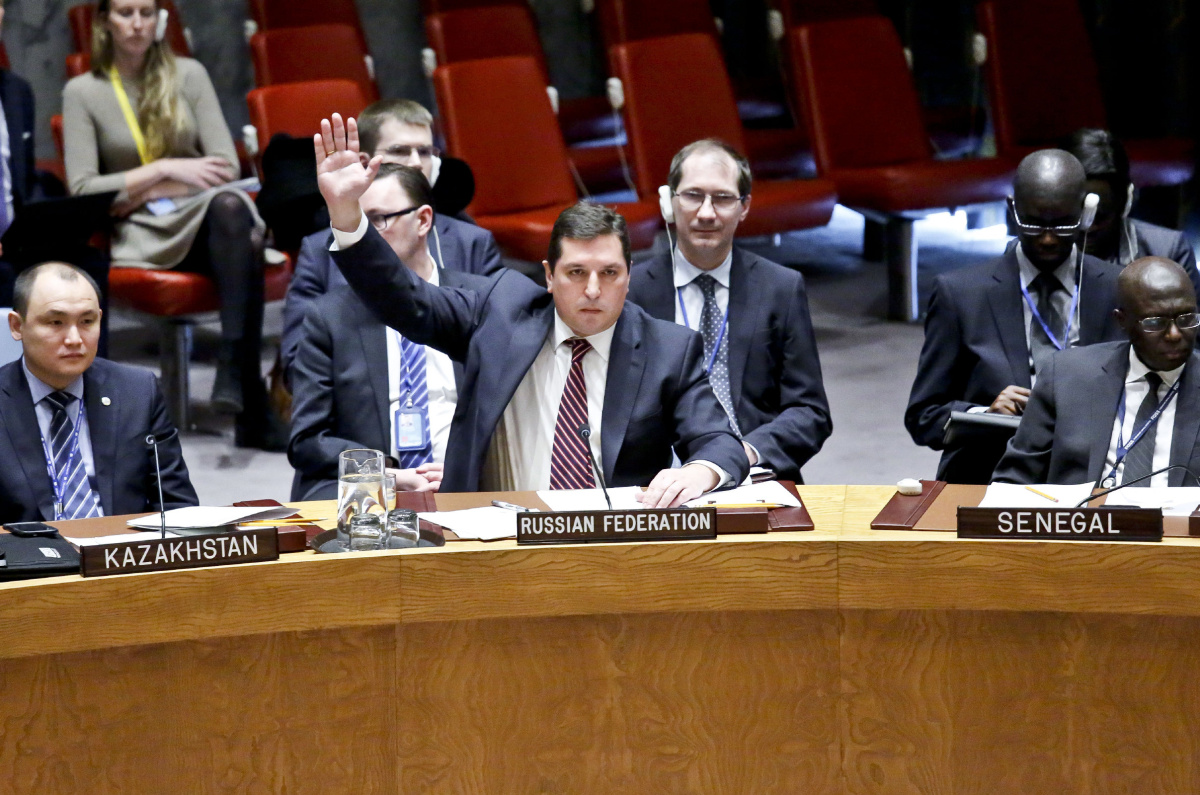 Russia and China have hampered the United Nations Security Council from imposing sanctions on Syria for the use of chemical weapons in the war-torn country with their “no” votes.

While nine of the Council’s 15 members voted in favor, Bolivia joined Russia and China in rejecting the text, as Egypt, Ethiopia and Kazakhstan abstained, the UN said on its website, explaining that a negative vote – or veto – from one of the Council’s five permanent members means a resolution cannot be adopted.

The draft resolution provided for establishing a sanctions regime, a committee and an expert panel to hold accountable those using and producing chemical weapons in Syria.

The text would also have imposed sanctions on a number of individuals and entities linked to the use of chemical weapons in cases where responsibility was established by the Organization for the Prohibition of Chemical Weapons (OPCW)-UN Joint Investigative Mechanism (JIM).

Over the past five years, Russia has vetoed seven Security Council texts on the Syrian conflict, while China has cast a negative vote six times on the issue.

As the Syria Crisis enters its sixth year, civilians continue to endure the most of a conflict marked by unparalleled suffering, destruction and disregard for human life, the UN says.

According to the UN Office for the Coordination of Humanitarian Affairs (OCHA), 13.5 million people require humanitarian assistance. Moreover, some 6.3 million have been internally displaced by violence.