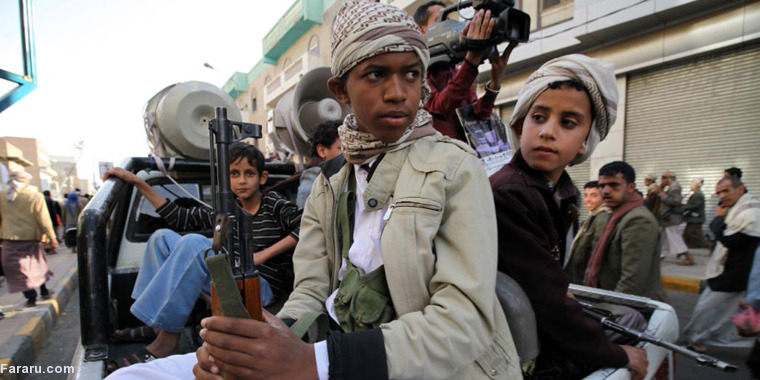 The United Nations human rights office Tuesday urged all warring parties in Yemen to immediately release child soldiers, noting that the UN has verified the recruitment of 1,476 children, all boys, between 26 March 2015 and 31 January 2017, a UN press release said.

“The numbers are likely to be much higher as most families are not willing to talk about the recruitment of their children, for fear of reprisals,” Ravina Shamdasani, spokesperson for the Office of the UN High Commissioner for Human Rights (OHCHR), told reporters at the regular bi-weekly press briefing in Geneva.

She said her Office received numerous reports of the recruitment of children in Yemen for use in the armed conflict, mostly by the Popular Committees affiliated with the Houthis.

Since 2015, the southern Arabian nation has been in a conflict between forces loyal to President Abdrabbuh Mansour Hadi and those allied to the Houthi rebel movement.

Just last week, OHCHR received new reports of children who were recruited without the knowledge of their families, the press release said.

At the same briefing, Christophe Boulierac, spokesperson for the UN Children’s Fund (UNICEF), said that every 10 minutes, a child under the age of five died in Yemen from preventable diseases such as diarrhoea, pneumonia or measles, because the health system is on the verge of collapse. Some 50 per cent of the health facilities in the country were not functioning.