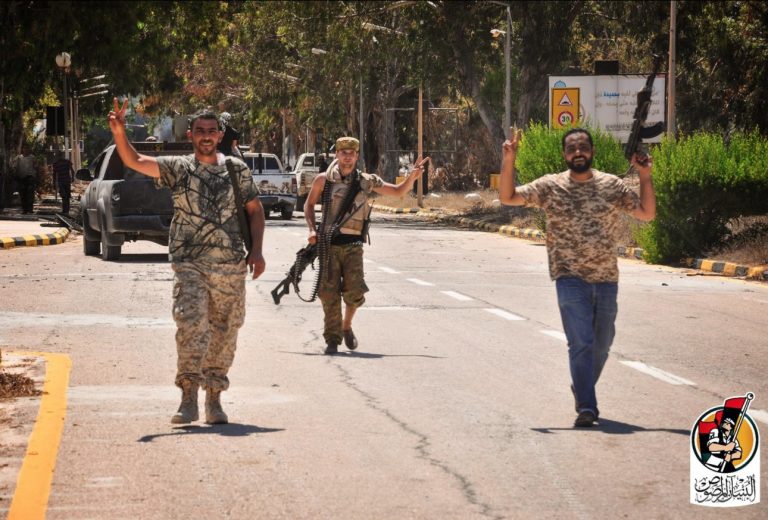 The new group was created last week and it is being dubbed as “an attempt to form a parallel body to the Presidential Guard” which is under the command of the GNA.

The statement released by the GNA warned that the LNG and groups similar to it as well as their supporters are “considered to be outlaws” while stressing that “they will be treated as such by the security and judiciary bodies.”

The LNG was reportedly formed to fight militants of the Islamic State group, secure state institutions and diplomatic missions. Most of its fighters are allegedly made of armed groups from western city of Misrata. Misrata’s militias, which control much of western Libya, led the battle to retake the former Daesh bastion but say the GNA stopped backing them after Sirte fell in December.

The Government of National Salvation is led by Khalifa Ghwell and it is backed by the parliamentary body known as the General National Congress (GNC), based in Tripoli, which has refused to recognize either the GNA or the Tobruk-based House of Representatives. They have limited political influence in the country but enjoy the support of the powerful military coalition of Islamist groups in the capital known as Libya Dawn.

There are concerns that fresh fighting could erupt in the capital between forces loyal to the GNA and GNS after clashes in the south of the capital on Saturday.

Libya has at least three separate authorities each claiming to be the legitimate representative of Libya and her people but they all have limited influence in the country. Since the fall of Gadhafi and the end of the National Transition’s Council mandate after the first post-war elections, the country has been in turmoil with armed disputes over the leadership of the state.