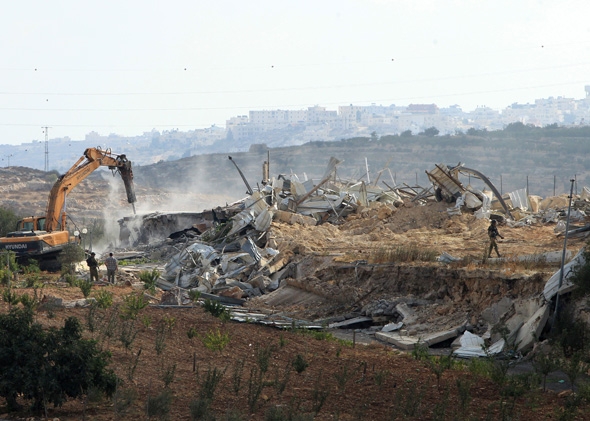 A law legalizing Israeli settlements built on privately-owned Palestinian land was approved by the Israeli parliament on Monday prompting strong condemnations from the Palestinians. Saeb Erekat, a leader of the Palestine Liberation Organization, said the approval legalizes the “theft of Palestinian land” while reminding Israelis that “looting is illegal.” Half of the 120 members of the Knesset approved the bill while 52 voted against it with the remaining members not taking part.

MP Bezalel Smotrich hailed the new law as a step that would help in “expanding Israeli sovereignty (on the West Bank) and continuing to build and develop settlements across the lands.” Opposition leader Isaac Herzog of the Zionist Union said a black flag hung over the “insane law that threatens to destroy Israeli democracy”.

An Arab rights group has promised to take the matter to the Supreme Court. Before the vote, Attorney General Avichai Mandelblit said the bill was unconstitutional and vowed that he would not defend it if it is challenged at the Supreme Court.

Erekat lamented that the law “negates peace and the possibility of a two-state solution.” According to him, “nobody should have doubts about the Israeli government’s will to destroy any chances for a political solution.” The law is aimed at retroactively legalizing the status of around 4000 homes in the West Bank but Nickolay Mladenov, the UN coordinator for the Middle East peace process, warned that it would lead to “far-reaching legal consequences for Israel and greatly diminish the prospects for Arab-Israeli peace.”

The law receives strong support from right wing political parties. Likud minister Ofir Akunis told the parliament ahead of the vote that the law serves as a “connection between the Jewish people to its land. This entire land is ours.” Israel’s main ally, the US, is reserving its comments “until the relevant court ruling” as the law is expected to be challenged.