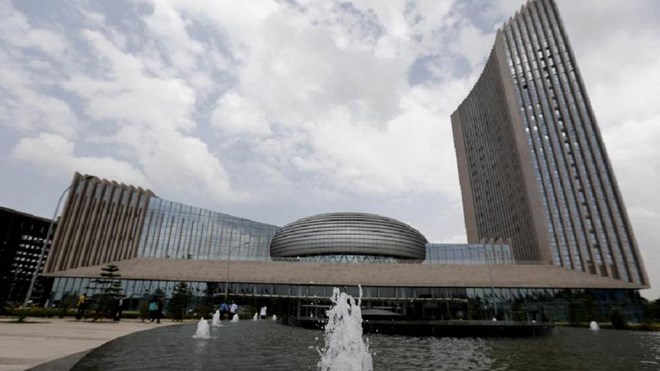 African Heads of State start this Monday in Addis Ababa (Ethiopia) a two-day African Union summit expected to approve Morocco’s return to the African Union after 33 years of absence.

King Mohammed VI hosted Sunday in the Ethiopian capital a function in honor of the summiteers and held private talks with several African leaders.

Last year, Morocco submitted its bid to reclaim its legitimate seat it reluctantly left in protest after the former Organisation of African Unity (OAU) illegally accepted the membership of a self-proclaimed phantom entity.

In his message addressed to the 27th Summit of the African Union in Kigali, Rwanda, last July, King Mohammed VI of Morocco said time has come for the North African country to retake its “natural place within its institutional family” after many African countries have long been urging the country to return to the African organization.

Following the royal message, the majority of African member countries tabled a motion welcoming Morocco’s application to rejoin the African Union, noting that the North African country is one of the founding members of the AU’s predecessor, the OAU.

They also called for the immediate suspension of the membership of the self-proclaimed RASD, which was illegally admitted in 1984 through the illegitimate use of threats, deceit, coercion and dirty petrodollar money.

Moroccan Foreign Minister Salaheddine Mezouar said earlier this month that his country has the backing of over 40 African nations in its bid to rejoin the bloc.

So, Morocco’s return to the African fold is a certainty, especially so as Morocco only needs the support of a simple majority of the member countries to reintegrate its seat.

Actually, Article 29 of the AU Constitutive Act related to Admission to Membership, states that “admission shall be decided by a simple majority of the Member States. The decision of each Member State shall be transmitted to the Chairman of the Commission who shall, upon receipt of the required number of votes, communicate the decision to the State concerned.”