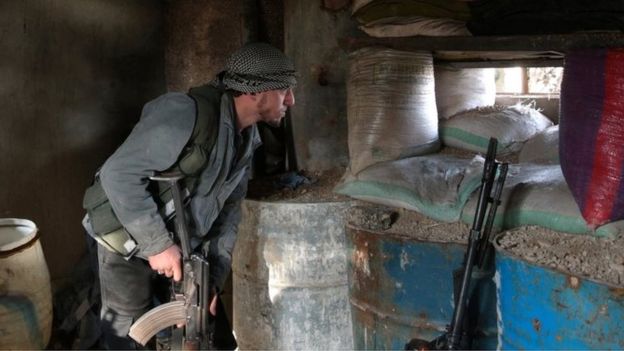 Opposition Syrian rebel groups that met in Ankara, Turkey, over the weekend have decided to attend the peace talks slated to take place on January 23 in Kazakhstan.

The talks spearheaded by Russia, Turkey and Iran are expected to pave the way towards ending the Syrian war but an official of the Free Syrian Army, under the condition of anonymity, said “the factions will go and the first thing they will discuss will be the matter of the ceasefire and the violations by the regime.”

Last week, President Assad stated that there will be “no limit to negotiations” in Astana and the “real Syrian opposition” will discuss “everything” related to Syria. He added that the constitution which is “very clear about the mechanism” of the country would be used as basis to reach an agreement.

Zakaria Malahifji of the Fastaqim rebel group said “the majority of the groups” at the meeting in Turkey agreed to attend the talks in Kazakhstan while adding that matters related to aid deliveries and release of detainees would also be on the agenda. The delegation that will represent the coalition body of the Free Syrian Army is yet to be formed. Malahifji hinted that the delegates would be chosen in coordination with the High Negotiations Committee (HNC) based in Riyadh but it would differ from it because “the Russians are focusing very much on the military factions.”

The HNC has a political and a military wing but it is unclear if it is invited to the talks. It is hoping that the talks will “establish a phase of confidence” through the implementation of Resolution 2254 of the UN Security Council and also pave “the way for political talks” in Geneva next month. HNC stresses “its support to the military delegation… and expresses hope that the meeting would reinforce the truce.”