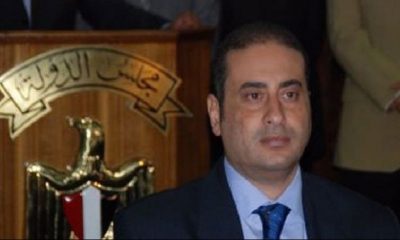 Wael Shalaby who resigned from his post as Secretary General of Egypt’s State Council on Saturday before being arrested a day later killed himself on Monday while in custody.

His lawyer Sayed Beheiry claimed his “client hanged himself using a scarf he was wearing.” “A terrible psychological state during his questioning” which has deprived him of sleep for nearly 40 hours contributed to the act, the lawyer said.

An autopsy has been ordered by the public prosecutor.

Shalaby was arrested as part of a corruption probe and was placed under a 44-day detention pending investigation but his lawyer argued that the arrest was illegal because there was no arrest warrant.

The circumstances surrounding his death are still blurry and authorities have issued a gag order on the local media from reporting the details.

The former Secretary General’s involvement in corruption is yet to be determined. His lawyer Beheiry nevertheless explained that “it is very hard to be a big important judge and suddenly you lose everything and sit in front of an investigator being accused of taking a bribe.” Shalaby’s resignation came days after a procurement manager at the State Council, Gamal El-Laban, was arrested and charged with receiving bribes worth millions of Egyptian pounds. Local media reported that police found millions in Egyptian pounds, euros and dollars when they took El-Laban into custody. The public prosecutor said the two arrests are part of the anti-corruption Administrative Control Authority’s investigations.

The number of deaths while in custody has increased in Egypt over the years. Activists claim that it is common for law enforcement authorities to deflect responsibility for the deaths of detained individuals. They claim that independent investigations should be encouraged to ensure the safety of detainees.